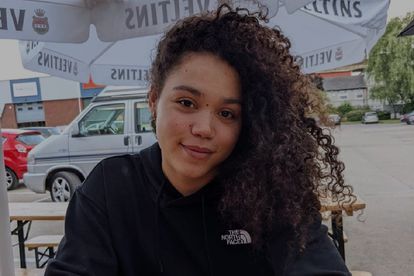 ‘Bridgerton’ actress Ruby Barker has been hospitalised after struggling with her mental health. Image via @rubybarker/Instagram

‘Bridgerton’ actress Ruby Barker has been hospitalised after struggling with her mental health. Image via @rubybarker/Instagram

Bridgerton actress Ruby Barker is currently taking some time off to focus on her mental health as she admits she has been struggling.

The 25-year-old star who plays Marina Thompson on the Netflix series recorded a video from hospital on Thursday 26 May to tell her followers that she “has been really unwell for a really long time.”

RUBY BARKER REVEALS SHE HAS BEEN HOSPITALISED

Barker took to her Instagram to reveal the news about her hospitalisation to her fans. In the video, which is almost six minutes long, she revealed that she has been struggling with her mental health since Bridgerton, but admits she is better now and cannot wait to continue with her life.

“I am better, I have been really unwell for a really long time. I want to be honest with everyone. I have been struggling.

“I am in hospital at the minute and I am going to be discharged soon and hopefully get to continue with my life,” Barker said.

The actress also encouraged those who are struggling to take a break in order to take care of their mental health.

“I am going to take a little bit of a break for myself and I would encourage others, if you are struggling, do yourself a favour and take a break, stop being so hard on yourself,” the actress said

Explaining the root of the problem, Barker said she was “raged-filled,” “angry” and had “intergenerational trauma bundled up inside” of her.

In addition she thanked Netflix and Bridgerton executive producer, Shonda Rhimes for “saving” her life.

Her video caption read: “Mental health week is every week for me. Off my chest. I feel like I’ve not been completely honest so this is for my followers. Time to be transparent.

“I’ve been struggling since Bridgerton, this is the truth. Thank you all for supporting me, your love holds me up.”

THE ‘BRIDGERTON’ ROLE ‘MEANS EVERYTHING’ TO HER

As per Daily Mail, Barker has previously opened up about her role on the period drama, saying it “means everything.”

“It literally means everything you know I never thought I’d be in a period drama, in a role like Marina

“I’d seen Belle the film about Dido Elizabeth Belle who was a mixed race aristocrat in the Georgian period of time and I saw that film and was like ‘wow it would be so amazing to play that character but it’s already been made, I’m probably not gonna be in a period drama simply because of my race,'” Barker was quoted as saying.