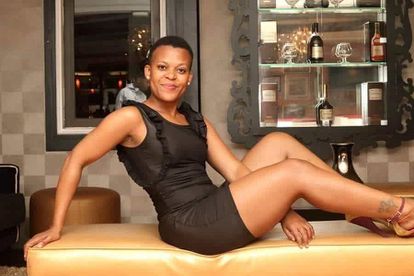 Zodwa Wabantu says she was never in Botswana. Image via Instagram @ZodwaLibram

Zodwa Wabantu says she was never in Botswana. Image via Instagram @ZodwaLibram

Reality star and entertainer Zodwa Wabantu has dismissed claims of a warrant issued for her arrest in Botswana.

The performer also states the event organisers failed to pay her before the event and said she never went to Botswana.

Entertainer Zodwa Wabantu has rubbished rumours that the Botswana government has issued a warrant for her arrest.

Take It Easy Music Festival organisers issued a statement today which claimed that the dancer would not be in attendance because of the warrant.

The statement said she violated the laws of Botswana and humanity ethics.

Zodwa told TshisaLIVE that she was at her home in Johannesburg and was not aware of any arrest warrant out for her.

“I didn’t go to Botswana because they didn’t pay me.”

“It’s news to me that there is a warrant of arrest, maybe they just want fame or whatever. “

“I got no payment and I never posted anything on my Instagram about Botswana because of that.”

Clayson Monyela who is the spokesperson from the Department of International Relations and Co-operation also told the publication that he was not aware of any warrant issued against Zodwa.

HER ALLEGED WARRANT OF ARREST

The news of Zodwa’s warrant of arrest was began on Facebook by the Take It Easy Festival Organisers.

“Take It easy Music Festival Patrons & Followers: We regret to inform you that our main act for today’s show – Zodwa Wabantu won’t be able to attend the event due to reasons/circumstances beyond our control which some of them include restraintments from the laws of Botswana.”

“Recently Zodwa Wabantu was slapped with a warrant of arrest for violating the Laws Of Botswana & Humanity Ethics on her last gigs/performance in Botswana.”

Organisers added that the traditional Bogosi Leadership of Maun Village were also against Zodwa’s scheduled performance in the area.

Also read: ‘No half Christmas’: Zodwa Wabantu takes off undies in Nelspruit

Also read: ‘Her body belongs to everyone’: Zodwa crowd-surfs in a G-string!

“Botswana is a village, do you guys have courts there or ke lekgotla?”

“At least our village protects its people, hence we don’t cry ka di hijacking and other criminal activities like Ya’ll ba di County.”

“She was supposed to wear a suit in a pool?”

“You can’t even compare that with what Zodwa is doing.”

“Nope! Even if it was the closest relative you would not approve, a pussy been displayed in public?!”