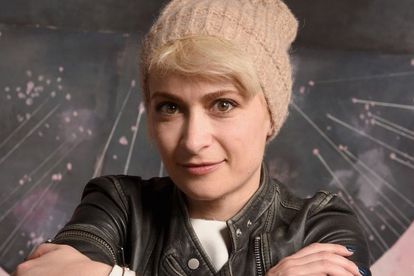 Cinematographer Halyna Hutchins died at the age of 42 on Thursday 21 October after veteran Hollywood actor Alec Baldwin fired a prop gun on the set of the Western movie.

Hutchins was airlifted to the University of New Mexico Hospital where she was pronounced dead. Rust director Joel Souza was also hurt in the incident but he has been discharged from the hospital.

It is reported that filming for Rust has been halted and no charges have been filed against Alec Baldwin. The investigation remains “open and active”.

1. MILITARY BASE CHILDHOOD: ‘REINDEER AND SUBMARINES’

Hutchins was born in Ukraine in 1979 and grew up on a Soviet military base in the Arctic Circle.

According to her website, she spent her upbringing “surrounded by reindeer and nuclear submarines” and entered the film industry after gaining a degree in international journalism from Kiev State University.

In a 2019 interview with American Cinematographer after the magazine named her one of the film industry’s “Rising Stars of Cinematography”, she described her early life as that of an “army brat”.

She confessed that she was already a movie fan then because “there wasn’t that much to do outside”.

2. FROM JOURNALIST TO FILMMAKER

After working on documentaries in the UK, she moved to Los Angeles where she met Emmy award-winning cinematographer Robert Primes who encouraged her to apply to the American Film Institute (AFI) Conservatory. She studied at AFI between 2013 and 2015 and graduated with an MFA in Cinematography.

American Cinematographer noted that Hutchins was always interested in the individual stories of the people she encountered.

“My transition from journalism began when I was working on British film productions in Eastern Europe, travelling with crews to remote locations and seeing how the cinematographer worked,” she said.

3. GROWTH AS A FILMMAKER

In her interview with American Cinematographer, she explained that studying at AFI made her rethink who she was as an artist and how she wanted to work.

“One thing I learned is that cinematography is not something you do by yourself. You need to develop your own vision, but the key to a successful film is communication with your director and your team.”

Hutchins was described as a cinematographer who enjoyed experimenting with lighting and impressionistic storytelling.

At the time of her death, she had worked on several films, including feature films such as Archenemy, Darlin’ and Snowbound in Colorado.

She was also one of eight cinematographers who were chosen to participate in the inaugural Fox DP Lab, a programme launched by 21 Century Fox and AFI in 2018 to expand opportunities for female cinematographers.

5. HALYNA HUTCHINS ON THE SET OF ‘RUST’

Hutchins was working on the set of the Western film Rust as director of photography. Rust follows the infamous outlaw Harland Rust (Alec Baldwin) who has a bounty on his head. Rust travels to Kansas to break his 13-year-old grandson out of prison who is convicted of accidental murder and sentenced to hang.

In her last Instagram post three days ago, Hutchins shared her excitement to be riding a horse on her day off from the movie set. Take a look: