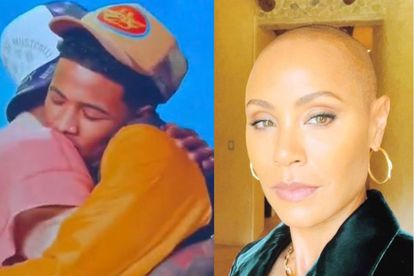 American singer August Alsina is trending on Twitter after he seemingly came out as gay in an episode of the VH1 reality show Surreal Life on Monday 21 November.

On an episode of the VH1 reality show Surreal Life, August Alsina seemingly came out as gay. August introduced his new partner and said that love showed up in a new way.

“Love showed up, but in a new way. I want to share that and honor the person that I love and that loves me back and teaching me so much about love and healing,” he said.

The pair then said “I love you” to each other. Take a look…

So, who is August? Here’s five things to know.

August is a 30-year-old American singer who was signed to Def Jam Records.

2. AUGUST HAD AN ENTANGLEMENT WITH JADA PINKETT SMITH

The singer shot to fame with hits like No Love and Grind And Pray, but he also made headlines for having an “entanglement” with Will Smith’s wife – Jada Pinkett Smith.

The Kissin’ On My Tattoos hitmaker revealed that he and Jada had a brief relationship in an interview with Angela Yee in 2020.

The revelation set tongues wagging because many assumed that Jada had cheated on Will but August said that the Bad Boys star gave him his blessings. Jada then took Will to her Red Table Talk show where she confessed to having an “entanglement” with the singer.

Jada and the singer’s brief relationship has since been referred to as an “entanglement” despite the Girl’s Trip star saying it was an actual relationship.

3. HE SUFFERS FROM AUTOIMMUNE DISEASE

According to The Sun, in 2015 the singer revealed that he had a genetic liver disease – autoimmune, which runs in the family.

The singer became the legal guardian of his three nieces after their parents tragic deaths. Their mother Chandra — who was engaged to his late brother Melvin — died from cancer. Melvin was shot to death in New Orleans in 2010, the details surrounding his death are still unresolved.

5. HE IS FROM LOUISIANA

The singer was born in New Orleans, Louisiana on 3 September 1992.