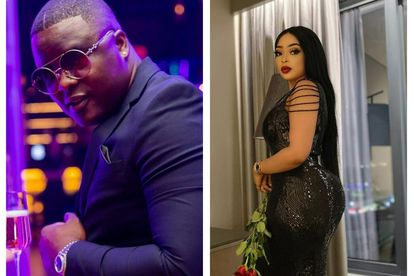 DJ Sumbody’s death has been marred by controversy. Images via Instagram: @djsumbodysa and @buhleh_08 and @

DJ Sumbody’s death has been marred by controversy. Images via Instagram: @djsumbodysa and @buhleh_08 and @

DJ Sumbody was gunned down on Sunday morning, 20 November in Pretoria. In the wake of his tragic death, influencer Nota Baloyi has made shock allegations that the popular musician was involved in ‘criminal activities’.

A woman, named Buhle also shared an Instagram reel that has since been deleted, with the late Amapiano DJ, insinuating that she was his side-chick.

Instagram’s news site, The Popcorn Room has shared a screenshot of a woman who claims to be DJ Sumbody’s little sister.

In the screenshot, the little sister is calling the woman who was allegedly the DJ’s side-chick inconsiderate.

A TRIBUTE REEL FOR DJ SUMBODY

DJ’s Sumbody’s alleged little sister said, “I don’t know why you would post such on social media. I’m his lil sister. This video is the most insensitive thing you did. You’re inconsiderate of the family and his wife my sister”.

“This is very tacky and distasteful. As a woman, you should know better, do better. Stop being petty love, no one will throw you a petty party. You just wanna be a glorified side-chick that’s not even recognised. Do have a good day,” the sister said.

A number of people found Buhle’s doing distasteful and called her out on it.

ALSO READ: ‘It was jealousy’: DJ Sumbody’s aunt reveals why he was killed

NOTA CLAIMS THE DJ WAS A DRUGLORD

In a series of tweets, controversial producer and tweep Nhlamulo “Nota” Baloyi said that the soft life was too tempting for the club owner so he got mixed up with the wrong crowd.

There are so many opportunities in life don’t loose it all impressing enemies!,” he wrote on Twitter.

“I pray the young impressionable ones learn that music & drugs don’t mix. Watch the company you keep because your talent is you ticket to the big time away from big crime!,” he added.

Other people have claimed that DJ Sumbody was a wanted man because he was a drug lord.

Condolences are still streaming in. People were also urged to drop off flowers for Cassper’s friend at the entrance of his establishment, Ayepyep lifestyle.

The club owner burial will be buried on Saturday, 26 November at 7am at Ga-Masemola, Apel Fourways Cross.

The memorial service will take place on tomorrow, 23 November at 10am.- The venue and livestream details for the memorial will be revealed on the day.

ALSO READ: Dj Sumbody funeral and memorial service details: When and where?