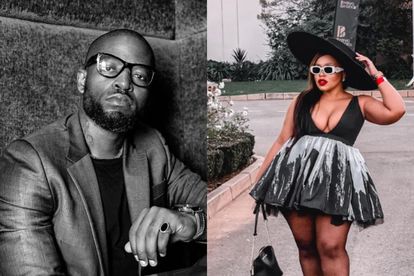 Controversial entertainment blogger Musa Khawula sent shock waves when he claimed that Prince Kaybee’s “baby mama” Zola Zeelovin’ was cheating on him, via a tweet on 16 September.

He also claimed that Prince Kaybee’s son wants to call off their umembeso. A umembeso is a traditional Zulu ceremony which forms part of the lobola negotiations. This involves the groom giving gifts to the bride’s parents and family ahead of the wedding.

“Zola Mhlongo is cheating on PrinceKayBee, Zola goes out almost every night leaving Prince KayBee’s mom to babysit. Grandma now wants a family meeting to call off uMembeso. Ever since Zola found out about the planned meeting she’s had PrinceKayBee not send money to his mom,” he tweeted.

Zola and Prince Kaybee welcomed their son to the world on 20 October 2021. So, he is currently 11 months old.

Twitter users said that this was “karma”. Take a look…

“Usually a girl you have cheated on will eventually cheat on you. That’s why you must never go back to someone you’ve cheated on,” wrote @YoloDana_.

“Perhaps this is karma for Prince Kaybee cheating. Your girl is not truly yours unless she wants to be, because,” wrote @RonaldPhiri01.

This is because of Prince Kaybee’s cheating scandal. The DJ’s “side chick”, known as Eurika went public with screenshots and screen recordings of their Direct Messages (DMs) in May 2021. The DMs revealed the pair’s meet ups and more.

Following Eurika’s big reveal, DJ Hazel Mahazard leaked Prince Kaybee’s nudes on Twitter. The Club Controller then admitted to cheating on Zola. The pair’s relationship status remained unknown following the cheating scandal. This was until the DJ confirmed that he was Zola’s “baby daddy” in an interview with Tshisa Live.