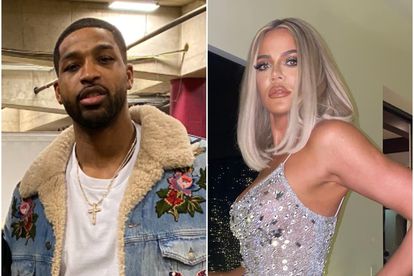 Tristan Thompson has officially confirmed paternity results from a baby he fathered with Maralee Nichols. And the first person he wants to apologise to is Khloe Kardashian…

The NBA player has publicly addressed the scandal surrounding his third child, a baby boy born to the fitness model. This after denying both their affair and his role as a potential father.

But the star infamous for his cheating ways and wandering eye has finally admitted to his wrongdoings.

TRISTAN THOMPSON: ‘I AM THE FATHER‘

In an Instagram Story, Tristan Thompson admitted to fathering his third child with Maralee Nichols.

The woman alleges that she conceived the baby on Tristan’s 30th birthday weekend, whilst he was still reportedly seeing the reality TV star. She also claims that the affair continued for weeks after.

Maralee and Tristan have been embroiled in a paternity lawsuit where the latter denied a number of her allegations. He also allegedly asked Maralee to initially terminate her pregnancy, and when she refused, claimed he would not be involved in the child’s life.

However, the notorious lothario has now confessed to his involvement and plans to step up as a third-time dad.

He posted: “Today paternity test results reveal that I fathered a child with Maralee Nichols.

“I take full responsibility for my actions. Now that paternity has been established I look forward to amicably raising our son.”

In particular, he issued a public apology to Khloe, who he has been dating on and off for several years.

He added in a separate slide: “I sincerely apologize to everyone I’ve hurt or disappointed throughout this ordeal both publicly and privately.

Following Tristan Thompson’s admission, both he and Khloe Kardashian trended on Twitter. Many poked fun at their relationship, of which has been plagued with cheating on his part.