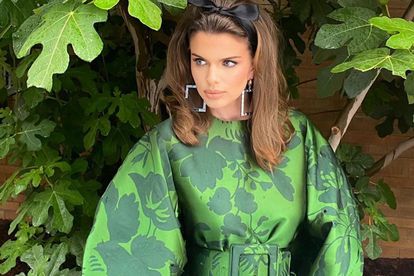 American actress Julia Fox weighed in on rumours she is dating Kanye West after the pair were spotted on a date night in Miami on Saturday 1 January.

American rapper Kanye West — who now goes by “Ye”, was spotted on a date with Julia Fox. The pair dined at Carbone restaurant located on Miami Beach.

The Uncut Gems star was spotted out with friends on Miami Beach on Sunday 2 January — the day after her date with Ye. The pair appeared to enjoy each other’s company but Julia said she was not sure where the romance was headed.

“I don’t know,” said Julia when she was asked if there would be a second date by paparazzi according to Page Six.

Ye is currently going through a divorce from reality star Kim Kardashian. However, he publicly admitted to wanting her back but she did not feel the same. Kim filed to be legally single on 10 December amid their divorce proceedings.

The reality star is rumoured to be dating American comedian Pete Davidson. Julia is currently in a battle with her “baby daddy” Peter Artemiev. The actress accused Artemiev of being a “deadbeat alcoholic dad.”

“This man left me with a five-month-old, a dog, a home and ALL THE BILLS. It’s wrong!!! It’s not fair, I can’t even do it anymore. I just don’t want my son f*****d up cause he feels like his dad was absent or loved alcohol and partying more than him,” she wrote on Instagram.

A source told Page Six that the rumoured romance is “nothing serious” but another source seems to think otherwise. Contrary to Julia saying she did not know if there was going to be a second date, a source claims she is dating Ye.

“Julia and Ye are dating. They both just got out of their former relationships, and they’ve helped each other recover immensely,” said a source to Page Six.

“They’re kind of kindred spirits, and it’s cool to watch,” the source continued.