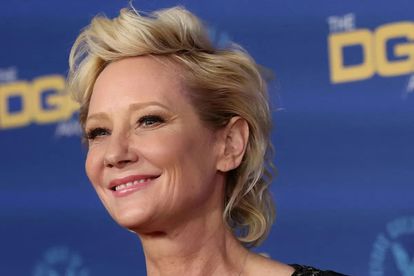 Prayers for Anne Heche and her family after the news she is brain dead as a result of a car crash last week. Image via Twitter @MikeSington

Prayers for Anne Heche and her family after the news she is brain dead as a result of a car crash last week. Image via Twitter @MikeSington

Tributes for American actress Anne Heche and prayers for her family are pouring in on social media after it was announced on Thursday 11 August that she is “not expected to survive.”

According to the Daily Mail, the 53-year-old actress has officially been declared brain dead and will be taken off life support after suffering a brain injury in a fiery Los Angeles car crash last week Friday.

In a statement released by her family on Thursday, it was revealed that Anne Heche suffered a severe chronic anoxic brain injury which has resulted in a sustained lack of oxygen to her brain.

“Unfortunately, due to her accident, Anne suffered a severe anoxic brain injury and remains in a coma in critical condition,” reads the family statement.

“She is not expected to survive.”

A representative for the actress said Heche was being kept on life support to “determine if her organs are viable”.

Following the announcement, tributes and prayers poured in.

“Just reading now that Actor Anne Heche has suffered a severe brain injury following her horrible car crash and she isn’t expected to survive. So very sad. Her 13-year-old will be devastated. My heart goes out to her family, friends and loved ones,” Ricky Davila wrote.

“I met 21 year old Anne Heche at my first Soap Opera Digest Awards. We were swept up in some drama she wasn’t ready for but she came through like a champ.That’s really all I can say about it but I’ll never forget how awesome she was. I wish she’d had a better life,” Michele Val Jean, writer of The Bold and the Beautiful wrote.

“This case is still an active and ongoing investigation and is currently in the process of gathering additional evidence; to include final toxicology results, and medical records from both parties involved.

“It is the intent of the investigating Detectives to present this case to the appropriate prosecuting office: the Los Angeles County District Attorney or the Los Angeles City Attorney’s office once all pertinent evidence has been gathered,” LAPD.

As a result of the preliminary toxicology results, social media users dragged several celebrities who posted to social media platforms in the hours after Heche’s fiery car crash.

Rosanna Arquette and Alec Baldwin are two of the celebrities who received the most backlash on social media when they asked for prayers and good thoughts for Heche’s recovery.