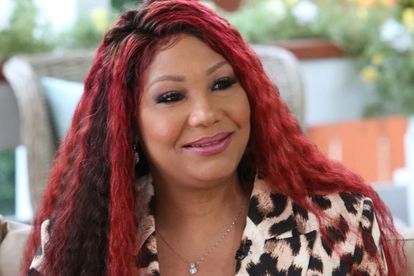 Traci Braxton, the younger sister of singer Toni Braxton has died after a secret battle with cancer

According to her family, the mom-of-one died on Saturday, 12 March, after contracting esophageal cancer last year.

Traci Braxton fuelled concerns for her health last year after losing a drastic amount of weight.

Her husband Kevin Surratt said in a statement: “We have come to a time where we must inform the public that after a year of privately undergoing a series of treatment for esophageal cancer our beloved Traci Braxton has gone on to glory.”

Traci Braxton’s death was confirmed by her sisters Toni, Trina and Towanda who posted the same statement on their Instagram page

It read: “It is with the utmost regret that we inform you of the passing of our sister, Traci. Needless to say, she was a bright light, a wonderful daughter, an amazing sister, a loving mother, wife, grandmother and a respected performer. We will miss her dearly.

“Traci passed this morning as the snow was falling, our angel is now a snowflake. We ask that you respect our privacy as we plan to send her home with love, celebrating her life.

“We are family forever”.

According to NBC News, Traci Braxton was surrounded by her sisters and loved ones at the time of her passing.

Traci Braxton’s only child, Kevin Surratt Junior shared a touching tribute in memory of his mother on his Instagram account.

Posting a picture of him embracing his sick mom, he wrote: “When I heard the news about my mother being sick the first thing she said was I’m going to fight and beat this. She fought to the end and today she’s at peace. I love my mother forever and this hurts so much but I’m at peace knowing she isn’t in pain anymore.