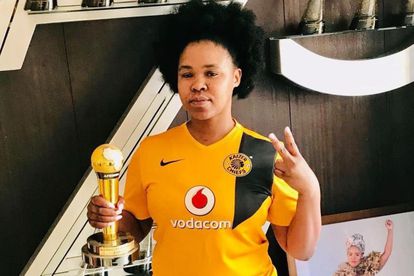 Award-winning songstress Zahara has called on Kaizer Chiefs to assist her in saving her house from repossession by the bank. Image via Twitter @Brieflyza

Award-winning songstress Zahara has called on Kaizer Chiefs to assist her in saving her house from repossession by the bank. Image via Twitter @Brieflyza

Singer Zahara has directed a heartfelt plea to her favourite football club, Kaizer Chiefs, to assist her to save her house from bank repossession after she has allegedly failed to pay her monthly instalments of R17 665.40.

City Press previously reported that her Roodeport townhouse was going to be auctioned off by Saturday 7 May.

ZAHARA: ‘I JUST WANT A CONCERT’

The Loliwe singer stated in an interview with Daily Sun on Wednesday 11 May that she thinks Kaizer Chiefs could help her with her financial troubles.

She’s asking the football club to lend her a stadium so she can use its sound equipment to host a concert and raise funds.

“I want to approach Kaizer Chiefs to help me. I promise to do great. I just want to have a concert, not just for me but my fans and family too.”

She’s also pleading with Kaizer Motaung – who is the founder of the club to assist her as she just wants to sing her heart out.

“I wasn’t to plead with Chiefs and Kaizer Motaung when they have their next match. I don’t want to do much.”

“I just want to sing my heart out. I can do a three-hour show. All I’m asking for is the sound equipment, stadium, and ambulances as well as other things.”

She’s asking the football club to help her, citing that she’s been a huge fan since she was a kid.

The SAMA winner added that things have been tough at home since her sister Nomonde Mtutukana’s passing in 2021.

“The only person who was working at home was my sister and now I’m all alone. At least when she was still alive, we both took care of our family.”

She says she’s asking for assistance so she can raise some funds and take care of her family.

She also went live on TikTok on Monday 9 May with her plight and her fans promised to donate money to save her house.

Kaizer Chief’s spokesperson Vina Maphosa told the People’s Paper that they’ll get back to the singer after discussing it at a management meeting tomorrow (12 May).

ALSO READ: ‘It would be unfair’: Bank threatens to auction Zahara’s Joburg home