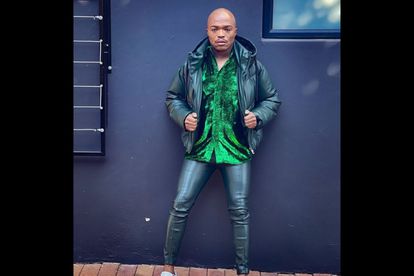 Amid the abuse allegations made against him by his estranged husband, media personality Somizi dedicated the song Endless Night from The Lion King soundtrack to his late parents — Mary Twala and Ndaba Mhlongo — to guide him, via an Instagram post today (10 August).

The video which he posted to his Instagram account, follows the recent news that Somizi and Mohale Motaung are getting divorced.

From last Sunday, Somizi has had, possibly, the roughest week of his life. Here is a recap of the week that was.

SOMIZI CALLS ON LATE PARENTS TO GUIDE HIM

Somizi’s rough week led to him calling on his late parents to guide him.

Ironically the last time Mary Twala was seen publicly was at Somizi and Mohale’s wedding back in 2019.

Taking to Instagram, Somizi appears to be away from home as he shared a video of his surroundings with the song Endless Night from The Lion King soundtrack playing in the background.

“You promised you’d be there. Whenever I needed you. Whenever I call your name. You’re not anywhere. I’m trying to hold on. Just waiting to hear your voice. One word, just a word will do.To end this nightmare,” read the lyrics of the song.

“DEAR MARY AND NDABA MHLONGO,” wrote Somizi in the caption.

In the last 24 hours, Somizi has posted two cryptic quotes over his Instagram story that relate to fake people in your life and jealousy. Could these be directed at Mohale or the producers of Living The Dream With Somizi?

“Stop venting to people that are happy you have problems,” read the first quote.

“Some of your ‘day ones’ have been jealous of you from day two,” read the second quote.