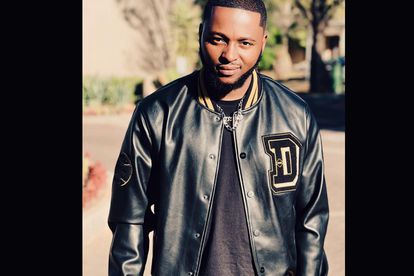 South African artist Sir Trill is tired! It has been a tough year, and while he had shows booked, taking time to rest is what he has now prioritised.

December burnouts are no joke. We are not robots, we all need a break… and that goes for famous faces like Sir Trill too.

The amapiano scene is on fire and while the festive season is normally a back-to-back one for most artists, it is going to be a chilled one for the Yini Sdakwa hitmaker.

SIR TRILL TRADES IN THE GROOVE FOR CLUB DUVET

Sir Trill reckons he needs to take time off or face burnout. Not wanting to let his peeps down, it was not an easy decision for the artist.

Taking to Twitter, Sir Trill made the announcement on Tuesday 21 December. Being totally transparent with his fans, he admitted that he was not feeling his best and had to put his health first.

“I would like to apologise to the upcoming events and shows. I have been suffering from fatigue and it has gotten worse. We have been working all year non-stop. We forgot I need at least a little bit of rest. I love you all see you soon.”

FANS REACT TO THE NEWS…

While some totally understand where Sir Trill is coming from, because they too are TIRED!… others has zero understanding! They feel it is his job and that cancelling gigs just days and weeks before, is unprofessional.

Some went in hard, claiming they will never support the artist again and that will have a direct effect on his bookings going forward…, especially the international ones!

TAKE A LOOK AT SOME OF THE HARSH COMMENTS

“Born and raised is the Biggest event in Botswana ???????? you should note that it should be possible to not miss the opportunity or else you will never be able to be booked international……”

“I hope you don’t take this the wrong way but what you’re saying here is a total disrespect to your fans and followers. You and your management should know better. And one thing for sure, your fatigue isn’t because of work and you know it.”

“Hawu dude ????, i believe you are truly fortunate to be even booked at this time of the year, if possible rest in Jan and watch the Dec money come in, income is not guaranteed esp in these times, but i get you, alot of people will be disappointed though, ???? Jan is just that week.”