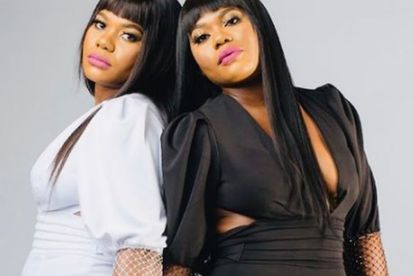 ‘He deceived us’: Siko twins on why their marriage to the same man ended. Image via Instagram @owamisiko

‘He deceived us’: Siko twins on why their marriage to the same man ended. Image via Instagram @owamisiko

Twice as Bold reality twin sisters – Owami and Olwethu Siko recently opened up about their first marriage to the same man – Mzukizeni Mzazi.

The Siko sisters detailed how their marriage to the same man went terribly wrong before leaving him.

A post shared by 1/2 of Twice is Bold (@owamisiko)

‘WE DID NOT LOVE HIM’: SIKO SISTERS

Twin sisters Owami and Olwethu Siko from Mzansi Magic’s reality TV show Twice As Bold have revealed that their marriage to TV director Mzukizeni Mzazi was a disaster.

The stars recently scored a reality show which focuses on how they navigate their dating life, motherhood, being businesswomen, and their spiritual journey to become prophets

The pair told Sunday World that they met their former husband after graduating with acting qualifications.

Mzazi allegedly promised to help them with their acting careers.

“He promised to help us with our acting careers, and so we went to meet up with him. We told him that he had to marry both of us then we would have a deal.”

They also told the publication that they did not love their former husband and never grew to love him and that it was simply a business transaction that went wrong over nine years.

The sisters say there was a lot that they found out when they got into that marriage and that the man deceived them.

“We were young and vulnerable and knew nothing about dating. He had so many kids all over and we learned that he was also a married man.”

“We were stuck in the marriage but after an entire nine years, we decided to leave him.”

“He got married to us traditionally only because nobody wanted to be the first or the second wife.”

They share how they conduct themselves in the bedroom since they want to share a man or have shared one already in their reality TV show.

“Not to say we have given up on acting, but it brings back all the bad memories.”

“That is why we do personal training because it keeps us busy and makes us happy.”

They have daughters from their first marriage and plan on working on their relationship with their biological mother, for their daughters.

“We were raised by our late grandmother and believed for a long time that our biological mother was our sister.”

“Now we want to work on our relationship with our mother because our daughters are so confused by the situation.”