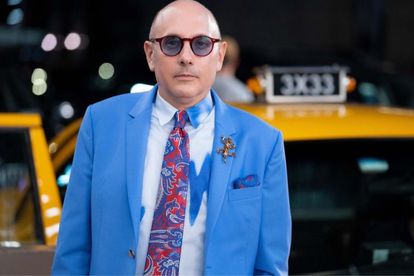 Cynthia Nixon and Kim Cattrall have led tributes to the late Willie Garson.

The Sex and the City actor – who recently reprised his role as Stanford Blatch for upcoming reboot And Just Like That… – passed away on Tuesday 21 September, aged 57, surrounded by his family following a short illness.

It hasn’t been confirmed how Garson died, but sources told TMZ he had been battling cancer. His co-stars on the hit HBO show and spin-off movies are among those to have paid tribute to the late star. Nixon – who plays Miranda Hobbes – hailed Willie as a “source of light, friendship and show business lore.”

She wrote on Instagram alongside a throwback snap of the pair:

“So deeply, deeply sad we have lost @Willie.Garson. We all loved him and adored working with him. He was endlessly funny on-screen and and in real life. He was a source of light, friendship and show business lore. He was a consummate professional — always. My heart goes out to his son, @Nathen_Garson.”

In a direct message to the White Collar actor’s son Nathen – who he adopted in 2009 – the 55-year-old actress added:

“Nathen, I hope you know how much he loved you and how proud he was to be your dad.”

“Such sad news and a terribly sad loss to the SATC family. Our condolences and RIP dear Willie xo”

“I couldn’t have had a more brilliant TV partner. I’m devastated and just overwhelmed with Sadness. Taken away from all of us way soon. You were a gift from the gods. Rest my sweet friend. I love you,” he wrote.

“Willie …the kindest most beautiful beautiful man. There are none better. Sleep well my friend. You will always be remembered.”

GARSON GAVE HIS ALL ON SET

And Just Like That… executive producer Michael Patrick Williams said Willie “gave his all” every day on the set of the reboot despite being ill.

“Our amazing Willie Garson. His spirit and his dedication to his craft was present every day filming And Just Like That. He was there — giving us his all — even while he was sick. His multitude of gifts as an actor and person will be missed by everyone. In this sad, dark moment, we are comforted by our memory of his joy and light,” he told Variety.

“Willie. I don’t understand. And it’s not fair. This past year, you taught me so much about courage and resilience and love. I still haven’t wrapped my head around a world without you in it — where I can’t call you when I need to laugh, or be inspired. The last thing you did when we said goodbye was pull down your mask (I hate covid), smile, and wink at me,” he wrote.

“I know that it wasn’t reflective of the pain you were going through, but it was indicative of everything you were and are to me: some one who lifted me up, who made me better, and who always, always made me smile.”

ALSO READ: ‘Sex and the City’ reveal: Who is replacing Kim Cattrall in reboot? [watch]