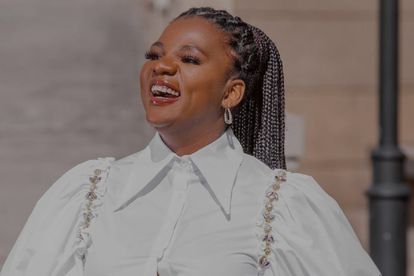 Fans of Shauwn “MaMkhize” Mkhize will be delighted to hear that the Royal AM owner and millionaire businesswoman will be joining the cast of e.tv’s Durban Gen.

According to the Daily Sun, MaMkhize has denied joining the medical drama which airs on weekdays at 18:30. However, the news was confirmed by Durban Gen spokesperson Nomfundo Zondi.

“Businesswoman Shauwn Mkhize has ventured into acting as she has joined Durban Gen,” Zondi said.

The outlet reports that MaMkhize landed a cameo role as herself and she will appear on the telenovela in October.

“She got a cameo role just like what happened on Uzalo. She started shooting last month.

“There were clashes with her schedule as she is a busy woman. And she had to postpone her shootings but she comes when her schedule allows her to do so. The plan is for her to appear in October. She won’t stay long as her role is a cameo,” said the source.

The popular businesswoman has her fingers in many pies.

In the entertainment scene, she let fans into her lavish lifestyle with her reality TV series, Kwa MaMkhize, in 2020.

In 2021, she bagged a cameo role on SABC 1’s Uzalo. In the drama series, she played the role of a mysterious, wealthy woman who had her eyes set on the charismatic Kingdom of Canaan Church. Her character ruffled feathers, causing much destruction to the church.

When it comes to the business side of things, she is a hands-on boss and probably the second biggest Royal AM supporter after Mama Joy Chauke whom she poached from Orlando Pirates last season.

Last month, and as part of her woman empowerment goal, MaMkhize added a women’s soccer team to her portfolio — Royal AM ladies — which she purchased from Bloemfontein Celtic Ladies.

During the big announcement, she also appointed her daughter-in-law Tamia Mpisane as deputy chair. Tamia is married to MaMkhize’s son and Royal AM chairperson, Andile Mpisane.