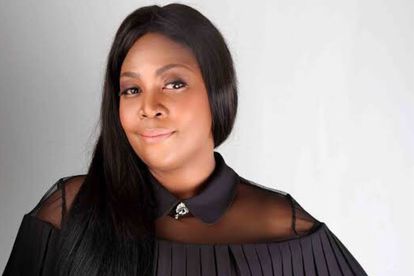 Sunday World reports that Kaya 959 station manager Sibongile Mtyali was reportedly fired on Friday (25 November) and was told to leave with immediate effect but who will replace her? This is after Sizwe Dhlomo allegedly complained about sports presenter Mpho Maboi’s refusal to join the routine 12 pm meeting with the team.

The publication Sunday World also reveals that the former station manager Sibongile Mtyali will likely be replaced by veteran broadcaster Thabo “Tbose” Mokwele, who hosts the 9:00 to 12:00 weekly slot titled The Best T In The City on Kaya 959.

Drum Magazine reveals that the radio legend Thabo ‘T-bose’ Mokelwe joined Kaya 959 in 2021 to bring back a Touch of Soul to the station and has had more than 20 years of radio experience as he’s worked for YFM and Metro FM as well.

Sources from the station told City Press this week that Sibongile Mtyali received Sizwe’s Dhlomo’s complaint, she highlighted that it was within Maboi’s rights, as stipulated in her contract, to arrive an hour before the show begins at 3 pm.

“It’s been a norm that Sizwe arrives at 1 pm, but the contract indicates that presenters of the show are expected to be in the studio at 2 pm, so when Sibongile made him aware of this aspect, he claimed that he could no longer work with her.”

“People at the station are actually scared of him [Sizwe] since it is a known fact that he has very close ties with the board members,” said another source.

ALSO READ: Who’s in, who’s out? Metro FM and Kaya 959 jazz up their lineup

Listeners and fans of the station took to social media to react to Sizwe Dhlomo’s series of tweets to address speculations that he is responsible for Sibongile Mtyali getting fired. This is after Unathi Nkayi’s alleged dismissal at the station a year ago.

“Amazing guy who always pitched in with the rest of the team we had built to contribute to the rest of the show & station…No reason was given for Sandile’s removal,” he wrote.

“Sibongile then called me into a meeting & said that Mpho would be joining the team, meaning that Sandile would leave & asked what I thought about that, I said ‘no problem, mina I’ll work with whomever you give me’…Our show meeting starts at 13:00. It’s something I instituted when I first got to Kaya. Everyone attends & if you aren’t in the building at the time, you can do so virtually. No problem,” Sizwe explains.

The afternoon drive presenter also told City Press that Sibongile Mtyali’s termination was not solely based on his complaint and adds that his complaint came from Maboi’s refusal to join the routine 12 pm meeting with the team:

Teenager injured after ‘dive or fall’ from BOS 400 wreck

The 10 least satisfying cars to own right now