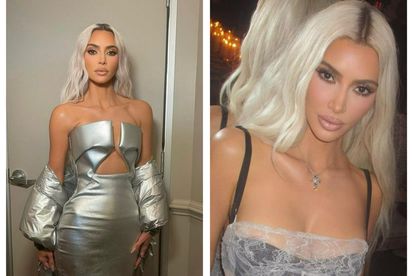 Socialite and businesswoman Kim Kardashian has responded to claims that her now ex-husband Kanye West showed employees intimate images of her.

According to the Daily Mail, Kim did not immediately respond after the allegations went public, however, the insider said that on Friday 25 November she said that she wanted to wait in order to get the whole picture.

‘[She] wanted to see what photos former employees saw so she has more details,’ the insider told the publication.

Hollywood Unlocked reveals that a source close to Kim explained to US Weekly that she is currently looking into the alleged claims about her former spouse showing off these photos during a meeting with senior Adidas staff members.

According to the Daily Mail, Kim Kardashian ‘is disgusted and ‘feels violated and horrified’ by West’s alleged workplace behaviour.

This comes after a report by Rolling Stone was published on Tuesday 22 November.

The publication reports that an open letter from former Yeezy members were sent to Adidas. This is said to be an “intimidation tactic”. A young creative claimed that the rapper showed him an explicit photo of Kim – during a job interview in 2018.

Hollywood Unlocked also said that apparently, Kim is also afraid of what’s going to happen next regarding her ex-husband’s actions.

“Employees who wrote the letter claimed Kanye West allegedly created a sexual atmosphere where pornographic images were frequently presented during meetings, and offending remarks towards female employees. They said they felt bullied by the mogul and rap star while accusing board members of allowing the alleged behaviour to continue,” reveals the publication.