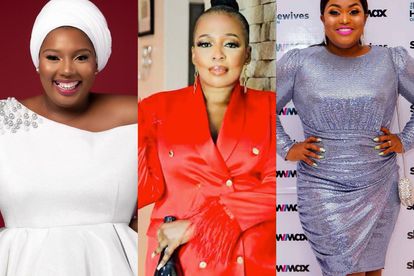 INSIDE LACONCO AND MAKHUMALO’S EVIDENT BEEF

If you’ve been keeping up with RHOD you would know LaConco and MaKhumalo do not seem to get along. LaConco previously explained that MaKhumalo gave her the cold shoulder when she was working at Vuma FM. So, she thought she was not genuine.

“I am friends with MaYeni. When I arrived at the Mseleku household she welcomed us, she was very bubbly. I was still working at Vuma FM she came for an interview. She was very cold, it was as if I was not in the same room, gosh, I was shocked because not so long ago. I saw her at the wedding and I wondered if she’s the type that is only friendly when there are people around. So it means she was not genuine,” she said on an episode of the show.

The pair met to air out their differences on the latest episode of the show – LaConco was quite upset at MaKhumalo for making her wait at the black tie event.

MABUSI: ‘THE FIGHTS ARE REAL’

Mabusi Seme has since claimed that the pair have had issues from before the show.

“LaConco explained why there is a fight between her and MaKhumalo but there is more to it,” she said to Daily Sun.

She went on to say that it is not her place to divulge such information.

“Unfortunately, it is not my place to divulge such information. Something happened between the two of them, way before this show but in this case I have decided to step back and give Mabusi a chance. I don’t want to judge her based on what LaConco told me. I’m not going to write her off just because LaConco said things about her,” she continued.

Mabusi added that all the laughs and fights on the show are real.

“This show is real and nothing is scripted. We cannot even fake emotions because we do not know each other. We are not friends. The fight, parties, laughs are all real,” she added.