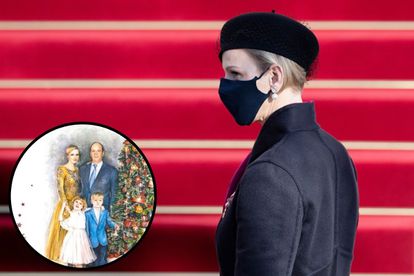 After Princess Charlene shared a beautifully illustrated family portrait on Instagram for the holidays, many are wondering if the princess has returned home after staying at an unknown facility to recover from “fatigue”.

Princess Charlene of Monaco shared her family’s Christmas portrait on her personal Instagram page on 21 December.

The illustration shows the princess in a yellow gown posing with her husband, Prince Albert, in front of a Christmas tree. Standing with them are their seven-year-old twins, Prince Jacques and Princess Gabriella.

“Wishing everyone a beautiful and safe festive season all my love ❤,” Princess Charlene captioned the post.

According to People, the Monaco royals have been known for glamorous Christmas photos in years past, dressing in their best formalwear with elegant decorations all around.

Where is Princess Charlene?

This is only the second social media post from Princess Charlene after she went into recovery.

In November, Prince Albert said his wife was receiving treatment outside of Monaco after suffering profound “exhaustion, both emotional and physical.”

The statement was made just days after Princess Charlene returned to Monaco after a prolonged stay in South Africa over medical issues and several surgeries.

A joint statement from the palace later announced that the princess was experiencing “profound general fatigue” that forced her to withdraw from public activities, including Monaco’s traditional National Day ceremonies.

Prince Albert later made it clear that the couple was not experiencing any marital issues, or that she had plastic surgery or even COVID-19.

He simply told Poeple that the princess was suffering compound medical issues and complications brought on by multiple ENT (ear, nose and throat) surgeries. The couple, together with Charlene’s medical team and her family, therefore agreed on a period of clinical rest that “for privacy reasons would have to be someplace outside of Monaco.”