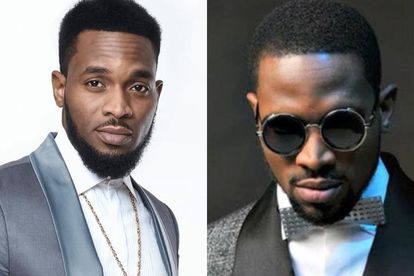 Sunday World reports that the Nigerian singer D’banj was arrested for fraud-related offences on Tuesday, 6 December after he allegedly dodged summons and claimed to be abroad for concerts.

Premium Times Nigeria reports that the Oliver Twist hitmaker allegedly connived with government officials to divert hundreds of thousands of naira for the N-Power project. The project is a youth programme addressing unemployment and social development.

It is believed the money donated for the programme was later traced into the accounts of the Nigerian singer, alongside government officials.

“The empowerment project was set up by the government in 2016 to address youth unemployment and increase social development. He allegedly worked with some government officials to introduce ghost beneficiaries into the scheme’s payroll. The stipends were then paid to beneficiaries whose accounts had been reportedly linked to his,” according to Sunday World.

EWN reveals that the singer has denied any relationship with government personnel and announced in a statement on Wednesday that the Independent Corrupt Practices Commission should investigate his involvement further.

The musician’s application for bail was denied, as the court officials voiced concerns that the pop star cannot be trusted to attend trial if released on bail.

ALSO READ:Celebs console with Davido after the passing of his son Ifeanyi

“Dbanj said he is obedient, also he is youthful… But people think old politicians are still the problem… People are not just in the position, so it’s easy to criticize … Most youths are even more corrupt than politicians. The change starts with them first.”

“This is one of those who won’t let the federal govt breathe… they call Nigeria a failure but they are the major problem … how can D’banj do this to us… so only you have been diverting N-power funds to your account since 2016… But they are quick to pass blame.”

“Pls appreciate all the Nigerian celebrities who are speaking against corruption in our govt because the majority of those who are silent are part of the celebrity-govt fraud. Dbanj is a brand ambassador for National Social Investment Programme, N-power is one of the NSIP programs.”