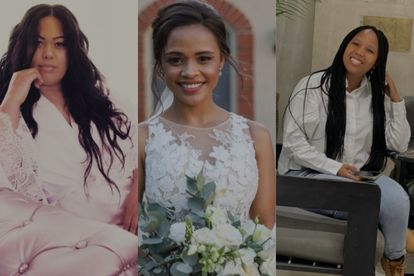 From Mrs Petersen
to Mrs Alexander, Mrs Bvuma, Mrs Dolly to Mrs Bvuma and others, meet the women who have your favourite Kaizer Chiefs players’ hearts. Images via @bgpetersen, @colo_alexander17, @brucevuma_44/Instagram

From Mrs Petersen
to Mrs Alexander, Mrs Bvuma, Mrs Dolly to Mrs Bvuma and others, meet the women who have your favourite Kaizer Chiefs players’ hearts. Images via @bgpetersen, @colo_alexander17, @brucevuma_44/Instagram

Kaizer Chiefs is one of the most successful soccer teams in South Africa. The Soweto club is arguably one of the most supported teams as well, as it boast fans from all across Mzansi and other parts of Africa.

Among those fans are beautiful and successful women who cheer their men on during games, whether at the stadium or at home.

From Mrs Ngcobo to Mrs Dolly, Mrs Khune and others, take a look at some of the Kaizer Chiefs WAGS (wives and girlfriends of elite sportsmen).

The Amakhosi defender tied the knot in August this year. News of the 28-year-old’s wedding got out when a woman named Gugu Mkhize — who is reported to be the mother of two of the soccer player’s children — was allegedly hospitalised for stress-related illnesses after he abandoned her and tied the knot with someone else.

According to Isolezwe LangeSonto, Ngcobo had told Mkhize that he wanted a polygamous marriage and would like to take two wives.

Keagan Dolly is married to his partner of 10 years, Tara Graham Dolly. The baller popped the question in 2018 and they got hitched two years later.

The Kaizer Chiefs goalkeeper, who is also known as “The Humble One,” “Spider Kid” and “Mzansi’s No.1” is a happily married man.

The star is married to KZN beauty Sphelele Makhunga. The couple, who celebrated their traditional wedding in June this year, has two children together.

The Zimbabwean-born footballer is married to his wife of over 10 years, 39-year-old Esnath Munyedawo. The pair have a daughter together. While Khama Billiat’s Instagram is filled with pictures of his daughter, there are no images of his wife.

Last year, City Press reported that Khama Billiat, 32, had paid lobola for singer and Uzalo actress Nomcebo “Dot” Mthethwa, 25. At the time, Mthethwa’s mother confirmed the lobolo to the newspaper. But, Billiat disputed the claims.

“Khama has one wife, Mai Kim (mother of Kim), I never married anyone. I don’t know why people are doing this. I repeat, I am happily married to Mai Kim,” the Amakhosi striker told Zimbabwean publication the Chronicle.

Another Kaizer Chiefs goalkeeper who is a family man is Brandon Petersen. The 28-year-old has been married to Liezl Lauren Petersen for four years and they have two children together.

Cape Town-born Cole Alexander has been married to Jaime Crowie since 2019. His wife is the daughter of his former Ajax Cape Town coach, Duncan Crowie.

Cole and Jaime welcomed their first baby, a girl, in 2021.

Kaizer Chiefs player Bruce Bvuma, who is also a goalkeeper, is married to Ntswaki Bvuma — an entrepreneur and YouTuber. The couple tied the knot in 2020. It is not clear if they have any children together or separately.

29-year-old Siyethemba Sithebe is in a relationship with his long-time partner, Samantha Khoza.

While it is not clear if the Sithebe makes a habit of sharing images of his couple has one child together, Blue Sithebe. On his Instagram, Sithembe also has a picture of his son. It is not clear if Samantha is his mother