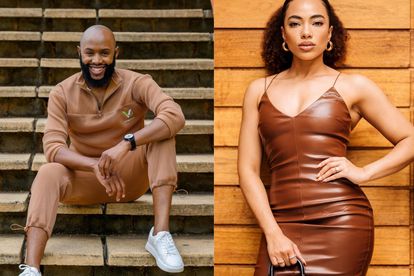 Actor and radio personality Mohale Motaung stands in solidarity with actress Amanda du Pont after she claimed Jub Jub raped her via an Instagram post on 2 December.

Actress Amanda du Pont claimed Jub Jub raped her for two years as well as emotionally and physically abused her. This was after the Uyajola 9/9 host did an interview on Podcast And Chill with MacG. He said that he “smashed” Amanda which deeply upset her.

Mohale Motaung, along with many other celebrities, tweeted their support for the actress after the rape claims surfaced.

Mohale’s estranged husband and media personality Somizi Mhlongo then began to trend on Twitter. This because Mohale accused Somizi of physically and psychologically abusing him in audio clips that were leaked in August this year.

Tweeps think Jub Jub needs to be cancelled like Somizi.

Amanda claimed that Jub Jub raped her after she told him she was a virgin who was waiting for marriage. She said that she fell pregnant with his child but had an abortion because she refused to have a child who was given to her forcefully.

“I had an abortion of course because there was absolutely no way I would have a child that was forcefully given to me,” she said.

She went on to say that she did not leave Jub Jub because she saw a picture of him and Kelly Khumalo like he claimed. The actress alleged that Jub Jub tried to kill her.