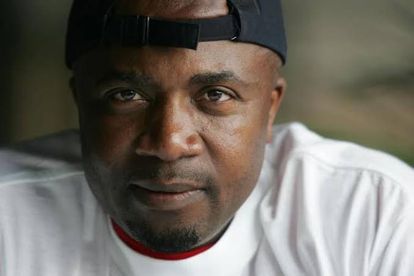 Longwe Twala’s father, Chicco, has revealed that he visited the Meyiwa family on Saturday, 12 November 2022. Image via Twitter @alkabulan

Longwe Twala’s father, Chicco, has revealed that he visited the Meyiwa family on Saturday, 12 November 2022. Image via Twitter @alkabulan

According to the music producer, he paid the family of the late Bafana Bafana goalkeeper a visit on Saturday, 12 November, in Umlazi, KwaZulu-Natal.

There was a delay in the resumption of the Senzo Meyiwa murder trial on Tuesday due to the affidavit of one of the witnesses and Meyiwa’s friend, Tumelo Madlala, being typed overnight.

Chicco Twala is the father of Longwe Twala — one of the witnesses who is now implicated and accussed of pulling the trigger on the night Senzo Meyiwa was shot and killed.

The soccer player was murdered on 26 October 2014 at the home of his then-girlfriend Kelly Khumalo in Vosloorus, Gauteng.

ALSO READ: ‘He had beef with Senzo’: Tweeps on claim Longwe ‘pulled trigger’

According to the SABC journalist on Twitter, Chicco Twala said he spoke to Meyiwa’s mother on Saturday during his visit.

When asked what was the reason for his visit, Chicco Twala said: “I went to offer my support”

He added: “Whoever is found guilty, law must take its course.”

“She didn’t want to go into the contents of discussions,” Lewis reported.

On Monday, when the Meyiwa murder trial resumed, the court heard a statement by Tumelo Madlala in which he alleged that Longwe Twala is the one who killed Senzo Meyiwa.

According to Sunday World, the bombshell was dropped by the defence counsel for accused number one to four, Timothy Thobane.

The statement reads: “I was for the first time to see Longwe Twala, and I did not tell anyone or the Meyiwa family that Senzo was killed by Longwe Twala because he did not have a firearm with him, instead he ran away [sic].”

However, when questioned about his statement, Madlala claimed that he did not write it but a police officer did. This despite having agreed before giving his response that indeed he signed and approved all his statements.