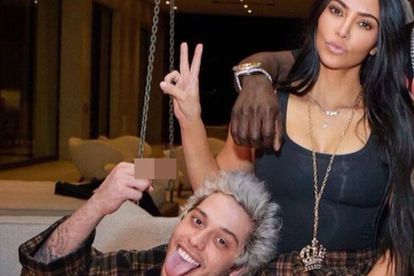 Kim Kardashian’s boyfriend is ‘excited’ to become a dad. Image via Twitter @FanClubTrends

Kim Kardashian’s boyfriend is ‘excited’ to become a dad. Image via Twitter @FanClubTrends

Saturday Night alum Pete Davidson, who is currently dating reality TV star Kim Kardashian recently opened up about his personal in an interview with Kevin Hart in a sneak peek of Hart to Heart season two. Davidson tells Hart that he’s ready to become a dad.

The comedian Pete Davidson, who is in a relationship with the mother of four Kim Kardashian also reveals in a Hart to Heart interview with Kevin Hart that though he didn’t have an easy childhood growing up, his next move is to become a dad.

“My favourite thing ever, which I have yet to achieve, is I want to have a kid. That’s like my dream.”

“I’m like, ‘If my childhood was fine, I’d probably be a construction worker in Staten Island and be the happiest guy ever,'” Davidson says. “But that weird shit that it does to you made me love comedy.”

Davidson says he’s excited to get to that chapter of his life, he reveals he didn’t have the easiest childhood and adds:

“That’s kind of what I’m just preparing for now, is trying to be as good as a dude and develop and get better, so when that happens, it’s just easier.”

HIS RELATIONSHIP WITH KIM KARDASHIAN

It is unclear if Davidson is at that stage yet with Kanye West’s baby mama Kim Kardashian.

The media personality and businesswoman began dating after meeting on the set of Saturday Night Live last October, according to Channel 24.

They kissed as part of a spoof of the 1992 Disney animated film, Alladin where the mother of four posed as Jasmine and Davidson posed as Aladdin.

E! News recently reported that Davidson also tattooed the letters “knscp” on his collarbone above his “Jasmine” and “Aladdin” tattoos.

Fans of the couple predict that the abbreviation of his ink could stand for the Skims founder’s name along with her four kids North, Saint, Chicago, and Psalm.

ALSO READ:Kim Kardashian hints at having more kids…maybe with Pete