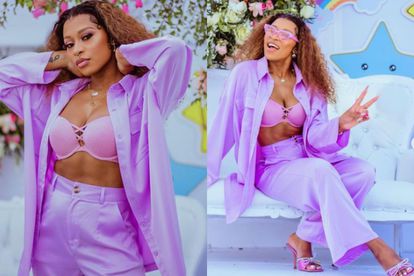 Bombshells from season two of ‘DJ Zinhle: The Unexpected’. Images via Instagram @djzinhle.

Bombshells from season two of ‘DJ Zinhle: The Unexpected’. Images via Instagram @djzinhle.

BET Africa officially announced that DJ Zinhle’s reality show will be returning for a second season via an Instagram post on Wednesday 13 July.

This comes after Entertainment commentator Phil Mphela reported that the second season of the series was in production in June.

“TV: DJ Zinhle reality show renewed. DJ Zinhle – The Unexpected, the BET reality show about the artist and business mogul is in production for a second season,” he tweeted.

WILL SEASON TWO PICK UP WHERE SEASON ONE ENDED?

The first season of DJ Zinhle: The Unexpected focused on the businesswoman’s second pregnancy. She was carrying baby Asante which she shares with Black Motion’s Murdah Bongz.

The episodes saw the Hair Majesty founder break the news of her pregnancy to her family, her daughter Kairo Forbes and her first “baby daddy” rapper AKA. Take a look…

“As we journey towards the season finale of ‘The Unexpected’ this Saturday we cant help but reflect on the special moments that @djzinhle has shared with us! ❤????,” read the caption.

“From sharing her pregnancy news, to navigating her growing family, it’s been an emotional and thrilling journey!! Join us this Saturday at 19:30 CAT as we bid farewell to #DJZinhleBET season 1. ???? #BETAfricaoriginal,” the caption continued.

The series ended with DJ Zinhle giving birth to her baby girl Asante Mohosana. She gave birth on 8 September 2021 in real time.