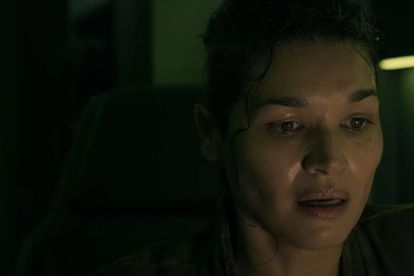 Kim Engelbrecht will star in Season 2 of ‘Raised by Wolves’. Image: YouTube/HBOMax

Kim Engelbrecht will star in Season 2 of ‘Raised by Wolves’. Image: YouTube/HBOMax

HBO Max released a new trailer for the second season of Raised By Wolves – which features local actress, Kim Englebrecht!

Engelbrecht – who has been lauded for her recent debut as the lead character in M-Net’s new crime drama, Reyka – will star as Decima, a prominent and immoral scientist.

Creators of the sci-fi series released more details about the upcoming season – set to premiere sometime in early 2022.

According to Collider, Raised by Wolves revolves around two androids — Mother and Father — who are tasked with taking care of human children on Kepler-22b after the earth was destroyed by a great war between the Mithraic, a religious faction, and atheists.

As far as a plotline for Season 2 goes, android partners Mother (Amanda Collin) and Father (Abubakar Salim), along with their brood of six human children, will join a newly formed atheistic colony in Kepler 22 b’s mysterious tropical zone.

Amid navigating the strange society, Mother’s “natural child” ends up threatening to drive away any little remains to human existence.

ABOUT RAISED BY WOLVES

In April 2021, Raised by Wolves became the second most-watched show on Showmax behind The Real Housewives of Durban.

Except for Engelbrecht as a South African tie to the show, Cape Town also featured as the main backdrop.

The interiors of The Ark were constructed at Cape Town Film Studios, while Raised by Wolves also shot at locations like The Good Hope Centre and the old Maitland abattoir.

Filming in the Western Cape

At the time, Film Afrika line producer, Cheryl Eatock confirmed Raised By Wolves is the biggest budget show ever to film in South Africa.

For context, she said, Season 1 created nearly 700 full-time equivalent jobs, 52% of which went to youth and 66% of which went to historically disadvantaged individuals. The series also hired 1 200 businesses, predominantly small, medium and micro-enterprises.

For Season 1, Ridley Scott – who directed and produced the first two episodes – said that half the work was done just by the location:

“We found a range of mountains that were in your face for about a kilometre, and every morning this tablecloth of cloud would come in, it would just roll over them, and I went, ‘Oh my God!’ It was surreal, it was otherworldly.”

He also said that what really makes the South African landscape feel alien to foreign audiences are the quiver trees (also known as kokerboom trees).

“What I loved in the (South African) desert were the trees, which were something in the aloe/cactus family,” Scott said. “I said, ‘I have to have those trees.’ We got permission to transplant some onto a piece of terrain less than a kilometre from the foot of this beautiful mountain range…”