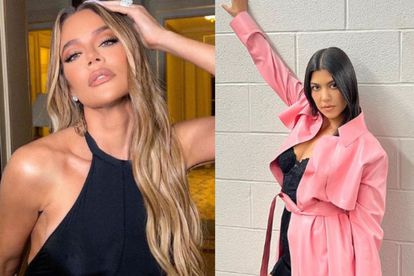 On the season finale of The Kardashians which released on Hulu on Thursday 24 November, Khloe Kardashian brought home her baby boy which she shares with “cheating baby daddy” Tristan Thompson.

Reality star Khloe Kardashian showed the birth of her son on the first episode of the second season of The Kardashians – which premiered on 22 September. Khloe welcomed her son via surrogate with Tristan Thompson. The pair also have a four-year-old daughter named True together.

The reality star claimed that she and Tristan had gone through with the process just days before she found out that Tristan was expecting a baby boy with Maralee Nichols.

Tristan cheated on Khloéon his 30th birthday in March 2021 with Maralee. Maralee welcomed their son Theo in December 2021.

After the birth of Khloe’s baby boy, there was a “flashback” to the rest of this season. However, the season finale was a flash-forward to the reality star bringing home her baby boy from the hospital.

ALSO READ: ‘I want cleavage like my sisters’: Khloé considers a boob job

Kourtney has been undergoing an InVitro Fertilisation (IVF) journey with her husband Travis Barker. She gushed over her sister’s newborn baby.

“When they open their mouths and just the way they smell…,” she said.

Kourtney then went on to make a blizzard comment – she suggested that she wanted to breastfeed her sister’s baby.

“I wish I could breastfeed you,” said Kourtney.

“’Oh my gosh, Kourt, let’s calm down,” replied Khloe, adding that it’s time for the baby to sleep.