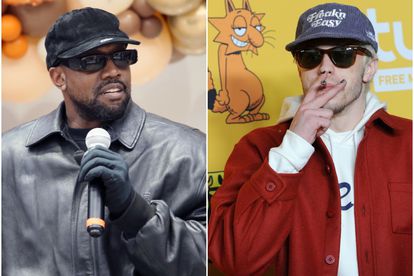 American rapper Kanye West has responded to text messages sent to him by American comedian Pete Davidson, regarding his estranged wife Kim Kardashian as seen in a viral video on 13 March.

PETE DAVIDSON TEXTS KANYE: ‘IN BED WITH YOUR WIFE’

Kanye West has publicly attacked Saturday Night Live (SNL) host Pete Davidson several times in the last few months. The rapper even nicknamed Pete “Skete”.This is believed to be because the rapper’s estranged wife Kim Kardashian is dating the comedian and the pair went Instagram official on 11 March.

Since then, alleged texts between Kanye and Pete have been circulating on social media. Pete allegedly told Kanye he is in bed with Kim. Page Six confirmed that the texts were real.

“Yo it’s Skete. Can you please take a second and calm down. It’s 8am and it don’t gotta be like this,” wrote Pete in screenshots Page Six confirmed were real.

“Kim is literally the best mother I’ve ever met. What she does for those kids is amazing and you are so f–king lucky that she’s your kids mom,” he continued.

“I’ve decided im not gonna let you treat us this way anymore and I’m done being quiet. Grow the f**k up,” he added.

“Oh you’re using profanity now. Where are you right now?,” responded the rapper.

“In bed with your wife,” Pete replied.

KANYE: ‘WHO IS WATCHING MY KIDS?’

Kanye posted a clip of himself addressing the texts from Pete but later deleted the clips. However, Tweeps had saved the video and shared it onto Twitter.