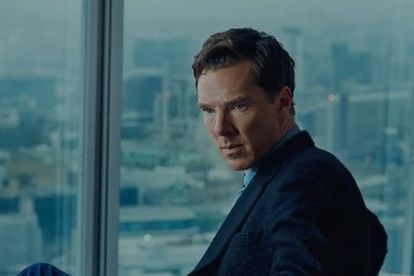 Actor Benedict Cumberbatch is opening up his home to Ukraine refugees. Image via @its_benedictcumberbatch/ Instagram

Actor Benedict Cumberbatch is opening up his home to Ukraine refugees. Image via @its_benedictcumberbatch/ Instagram

Actor Benedict Cumberbatch has joined a number of celebrities who are in solidarity with Ukraine under the British government’s “homes for Ukraine” initiative.

Last week, David and Victoria Beckham announced that they will be donating £1 million (R20 million) to aid in the damage caused during Russia’s invasion of Ukraine. Similarly, the 45-year-old actor is also lending a helping hand.

BENEDICT CUMBERBATCH PLEDGES TO DO ALL HE CAN TO HELP

Speaking ahead of the 2022 BAFTAs on Sunday 13 March, Benedict Cumberbatch said “it is a really shocking time to be a European two and a half hours flight away from Ukraine.” He added that this is why they feel they should be helping.

“This is what I’m trying to do to show that I’m standing side-by-side with my brothers and sisters who are going through this,” Mirror reports.

“Everyone needs to do as much as they can … there’s been a record number of people volunteering to take people into their homes, I hope to be part of that myself.”

ALSO READ: Russian soldier in tears as Ukrainians feed and help him to video call mom

Wearing a back suit and a badge with the Ukrainian flag to show his support, the Power of the dog actor acknowledged that merely wearing a badge is not enough.

“We all need … to do more than wear a badge. We need to donate, we need to pressure our politicians to continue to create some kind of a refugee safety and a haven here for people who are suffering.”

UK GOVERNMENT TO ASSIST FAMILIES TAKING IN REFUGEES FROM UKRAINE

According to The Guardian the British government will be giving financial assistance to households that will take in those fleeing from Ukraine.

“Households who host a Ukrainian refugee for six months will receive £350 (R7 000) a month of government funding,” the publication reports.

The scheme is to roll out this week and will allow individuals, community groups, businesses and charities to bring refugees from the war to safety.