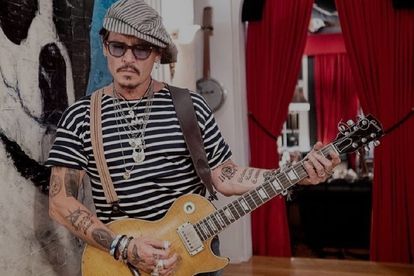 Johnny Depp has finally joined TikTok and amassed millions of fans in only 24 hours. Image via @johnnydepp/Instagram

Johnny Depp has finally joined TikTok and amassed millions of fans in only 24 hours. Image via @johnnydepp/Instagram

Hollywood actor Johnny Depp has been a busy man since his defamation trial against his ex-wife Amber Heard ended.

Even before the verdict on 1 June, the Pirates of the Caribbean star had already been performing to large crowds in the United Kingdom alongside musician Jeff Beck.

Continuing to make headlines as he revives his career, Depp joined TikTok on Monday 6 June, amassing a whopping three million followers in less than 24 hours.

Depp’s legion of fans have been the loudest on TikTok throughout his six-week trial against Heard in Fairfax, Virginia.

According to The New York Post, the hashtag #JohnnyDepp has 33.5 billion views on the platform, more than four times the total global population.

The actor’s decision to join the app had not been announced by him or his team on Monday, but eagle-eyed fans spotted the verified account and followed their fave.

His bio reads “occasional thespian,” and although he is already followed by more than three million people, he is yet to post his first video.

FANS SHOULD BRACE THEMSELVES FOR MORE

Last week, Depp won his lawsuit against Heard after a jury ruled her 2018 article in the Washington Post was defamatory.

After six weeks of evidence and approximately 13 hours of deliberation, jurors returned a verdict in favour of Depp on 1 June.

In a statement shared by the 58-year-old actor on Instagram, he said he feels “truly humbled” by the verdict and he is finally getting his life back.

Depp is already well on his way to getting his life back as fans can apparently expect a joint album with Jeff Beck.

As per The Guardian, Beck the broke news during a performance with Depp on stage on 2 June in Gateshead, United Kingdom.

“I met this guy five years ago and we’ve never stopped laughing since. We actually made an album. I don’t know how it happened. It will be out in July.”