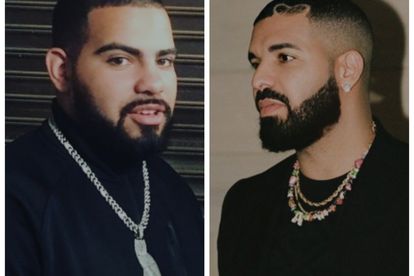 Canadian artist Drake (right) reacted to a video of Fake Drake (left) getting kicked out of the club. Image via @izzydrake @champagnepapi/Instagram

Canadian artist Drake (right) reacted to a video of Fake Drake (left) getting kicked out of the club. Image via @izzydrake @champagnepapi/Instagram

Drake seems to have had enough of his doppelganger using him for clout.

Just days after the release of Honesty, Nevermind, Izzy Drake aka Fake Drake thought he could ride the wave of the new album by making an appearance at a Houston nightclub on Sunday 19 June — but he got kicked out.

DRAKE REACTS TO DOPPELGANGER GETTING KICKED OUT

In a viral video, promotor Chris Chizer instructs his security to escort the impersonator out of the building.

The short clip was later posted to DJ Akademiks’ Twitter page, which got a “like” from Drake himself who seemed to be approving his doppelganger’s removal, Hip Hop DX reports.

WAS THE REMOVAL STAGED TO PROMOTE ‘HONESTLY, NEVERMIND’?

According to TMZ, Fake Drizzy claimed the embarrassing moment was all staged to promote the new album.

However, Houston Ross, who is the promoter who shot the clip, denied the claims. He told the outlet that the altercation was totally organic, adding that fake Drake and his manager paid the $30 (R478) fee just like everyone else. The promoter further explained that the Champagne Poetry artist has his own reserved section inside Area 29, so it wouldn’t make any business sense to bring the fake guy to host.

Honestly, Nevermind is the Canadian artist’s seventh studio album. Upon release on Friday, June 17, he was criticised for his unique sound, as many were not happy that it is centred around house music. Two days later, however, Champagne Papi responded to critics saying they just don’t get it yet but he’ll wait for them to catch up because that’s just what they do.

When Honestly, Nevermind dropped, Izzy congratulated him. In a video uploaded to Instagram, he supposedly FaceTimes the real Drizzy and they have a quick 10-second interaction.