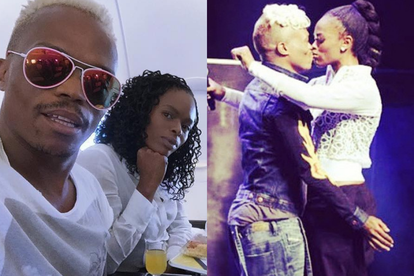 Unathi says she is not friends with Somizi. Images via Instagram: @unathi.co

Unathi says she is not friends with Somizi. Images via Instagram: @unathi.co

Idols SA judge Unathi Nkayi has revealed that she is no longer friends with her former colleague Somizi Mhlongo. This comes after she was accused of having double standards when she made it clear that she will be muting R&B singer R Kelly who was found guilty of sexual abuse and trafficking earlier this month.

The singer and media personality is reportedly no longer following Somizi on Instagram.

Before Somizi was accused of abuse by his recently estranged husband, Mohale Motaung, he and his former colleague and fellow Idols SA judge were still seen posing happily in photos while out attending events together.

The tables have seemingly turned as Unathi now says that the two of them are no longer friends. Unathi made this shocking revelation after she was called out by an Instagram user for having “double standards”.

The Instagram user pointed out that she is still friends with DJ Fresh and Euphonik who were also accused of rape, as well as Somizi who has been accused of physical and emotional abuse, yet she does not want to be around people who listen to R Kelly.

“Who said they are my friends?” Unathi asked while adding that the IG user isn’t her friend either.

No more IG friends either

Meanwhile, IOL reports that she has also unfollowed Somizi on the social media platform despite the fact that he still follows her on her Instagram account.

Somizi was suspended from his position as a judge on the popular talent show after the accusations surfaced.

“M-Net and Mr Somizi Mhlongo met to discuss his role on ’Idols SA’ in light of the allegations made against him.

“We have reached a mutual agreement that Mr Mhlongo will take some time off to deal with his personal circumstances until this matter has been resolved,” read a statement from MultiChoice.