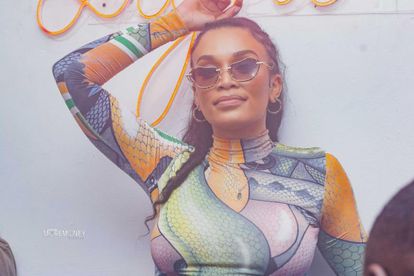 Statesman and Nobel Peace Prize winner FW de Klerk has died at the age of 85 on Thursday 11 November.

And it’s also believed that President Cyril Ramaphosa is expected to deliver an address on the likelihood of the former president receiving a state funeral.

De Klerk, who was internationally credited for unbanning the African National Congress (ANC) and releasing Nelson Mandela from prison, went on to pave the way for South Africa’s first democratic elections. He was also widely respected for the role he played in drafting South Africa’s new Constitution — which is hailed as one of the most progressive in the world today.

PEARL THUSI: ‘HE WAS ALREADY DEAD TO ME’

Talk of a state funeral for De Klerk has however prompted racial outbursts and criticism from sections of South African society on Twitter, including actress and media personality Pearl Thusi.

Dave Steward, chairperson of the FW de Klerk Foundation, revealed in an interview with Radio 702 that President Cyril Ramaphosa may consider facilitating a state funeral for the former Nobel Peace Prize winner.

However the news was met with hostility among many tweeps, with Pearl Thusi claiming that the move would be a “huge middle finger” to the citizens of the country.

She tweeted: “If FW de Klerk gets a state funeral…That will be a huge middle finger to the people who suffered under the apartheid regime in this country”.

And Pearl called for a “disruption” if President Ramaphosa decided to go ahead with the gesture.

She added: “In fact, we must disrupt that funeral if it’s declared a state funeral. There’s just no way”

She also made her feelings known on how she really felt about the elected National Party leader.

“I feel a bit weird to celebrate anyone’s death. I’m indifferent about him being dead or alive. Maybe he was already dead to me because I’m definitely not sad,” she posted.

OTHER CELEBS WEIGH IN ON FW DE KLERK’S DEATH

And like Pearl Thusi, other celebs also weighed in with their honest thoughts on the matter.

“If this ninja gets on TV & asks us for a moment of silence… SMH!”

Siv Ngesi added: “ANC is already in kak, just wait till they give FW state funeral!”

And Lesego Thlabi – also known as Coconut Kelz – angrily responded to an tribute from former politician Tony Leon, praising the FW de Klerk for “reforming the system he inherited”.

She retorted: “Inherited? He contributed to it. He was part of it. He believed in it & work hard to maintain it. And then when he couldn’t due to international sanctions and boycotts and fighting from within the country, he HAD to bow to pressure. Please don’t whitewash his very violent legacy.”

The facts behind FW’s historic legacy

This comment by Coconut Kelz however is in stark contrast to the fact that De Klerk — in his opening address on 2 February 1990 to parliament as newly elected president — unbanned the exiled movements, notably the ANC, Pan-Africanist Congress (PAC) and South African Communist Party (SACP).

The speech set off a series of dramatic, and, until that point, unforeseen events. Nine days later, Nelson Mandela was released from prison after 27 years. Within three months the first bilateral talks between the ANC and the De Klerk government happened.