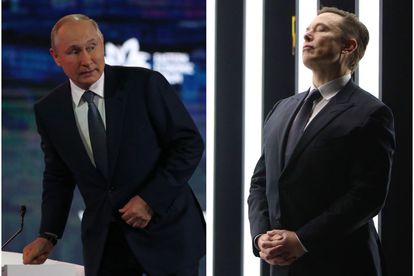 Putin has yet to respond to a fight challenge made by Elon Musk
Image via: Mikhail Svetlov/ Christian Marquardt for Getty

Putin has yet to respond to a fight challenge made by Elon Musk
Image via: Mikhail Svetlov/ Christian Marquardt for Getty

Despite the scepticism from others, Elon Musk is serious about his challenge to fight Russian President Vladimir Putin.

In fact, the tech guru has even offered to beat the head of state – who has a black belt in Taekwondo – with his left hand!

Now the South African-born businessman has been offered physical training for the proposed fight by former UFC commentator and kickboxer Joe Rogan.

Professional boxer Jake Paul has even promised to make the match a reality.

Earlier this month, Elon Musk made headlines when he challenged Vladimir Putin to a one-on-one fight.

He tweeted: “I hereby challenge Vladimir Putin to single combat. Stakes are Ukraine. Do you agree to this fight?”.

Whilst Putin has yet to respond to the challenge, media personality Joe Rogan has offered his fitness services to Elon Musk

Elon Musk’s Twitter challenge has been frowned upon by Chechyna Republic leader Ramzan Kadyrov. The Russian-born politician has slammed the Tesla founder’s words, claiming he is “weaker opponent”, whom Putin will “beat the hell out of”.

But Elon has laughed off the criticism, claiming he would take on the match with only his left hand!

And although he does not look like a fighter, Elon Musk claims he once managed to “throw” a sumo wrestler – at the expense of throwing out his own back!

Meanwhile, Jake Paul has also offered challenged Vladimir Putin to fight him in the ring.

The professional boxer posted a promotional poster starring himself and the former KGB agent going head to head in a “paid per view” match. He teased that the fight was “coming soon”.

Jake has also offered to make the Elon Musk vs Putin match a reality. He also claimed that the match undercards would be a fight between Kim Kardashian rivals Kanye West and Pete Davidson as well as himself and MMA champion Conor McGregor.