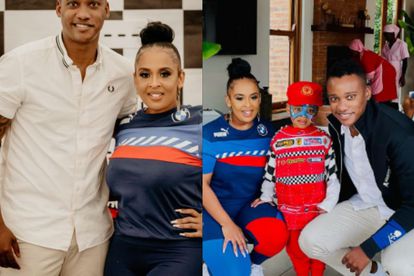 The RHOD star has three children. She had her daughter Nothile with gospel singer Sfiso Ncwane and according to Briefly she had two sons with her ex-husband. Nonku previously opened up about falling pregnant with her son after two failed In vitro fertilisation (IVF) treatments. So, he is her “miracle baby.” Nonku posted photos of the birthday and several photos included Duduzane. So, take a look…

So, what is Nonku’s relationship with Duduzane? Well it is still unclear how the pair know each other personally. However, Duduzane’s father is the “baby daddy” of Nonku’s RHOD co-star Nonkanyiso “LaConco” Conco who was engaged to marry Zuma. So, Duduzane and LaConco’s son are brothers.

TWEEPS WEIGH IN: ‘A BEN 10 WITH MONEY, AN IMPROVEMENT’

Twitter users seem to think there is something romantic going on between Duduzane and LaConco. Here’s what Tweeps had to say…

“When Real Housewives of Durban return. My fave should tell us about her relationship with Duduzane and Robert Marawa,” wrote @MaabuleM.

“They make sense as a couple,” wrote @qhamadlula_.

“So we selling them as a couple. Ben 10 with money. An improvement,” wrote @carol_zeph3.

“We need more tea on this,” wrote @MissBrook_ie.

Duduzane is married to a woman named Shanice Stork.