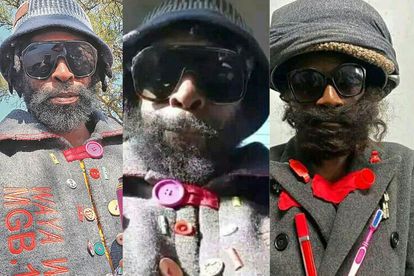 Businessman Sbusiso ‘DJ Sbu’ Leope has taken to social media to laugh off comments about his ‘unkempt’ look.

This is after tweeps dragged him on Twitter for ‘looking like a hobo’ and asked his friends and family to stage an intervention.

According to Daily Sun, Sbusiso ‘DJ Sbu’ Leope shared a video on social media on the weekend of 12 August where he told people to leave him alone as there are more important things happening in the country that they should be concerned about.

“Apparently people are saying I don’t bath. Guys, come on. There are more serious things we could be discussing in this country. Leave my ntshebe (beard) and hair alone. I have been working for many years guys and I don’t have anything to prove. I’m good.”

“Ni ngi jwayela kabi mara (you’re disrespectful) but I love guys anyway. I am not shaving this beard and my hair.”

He advised his fans to not worry about his hair and only worry about the content that he shares with them and watch his moves, watch how he’s going to become a billionaire.

The Massive Metro broadcaster also says not combing and not cutting his hair and beard is his personal choice.

“It doesn’t mean that when one lets their hair or beard grow, they don’t bath. On a serious note, for those who care about me, I’m good and healthy. I’m on point. My team is okay, my family is good, children are awesome, business is growing and we are working.”

The businessman’s new enigmatic look first went viral on social media in July when a tweep shared a picture of the Mofaya founder in a dirty looking-poncho and untidy dreadlocks.

His new look has also led tweeps to believe that Zahara’s ancestors are punishing him after the Loliwe hitmaker accused DJ Sb and Thembinkosi “TK” Nciza (who were her record label executives at her former label, TS Records) of exploiting her.

While some tweeps compared him to American rappers Jay Z and J Cole, who also have similar looks.

ALSO READ:‘Zahara’s ancestors are dealing with him’: DJ Sbu trolled for ‘unkempt’ look