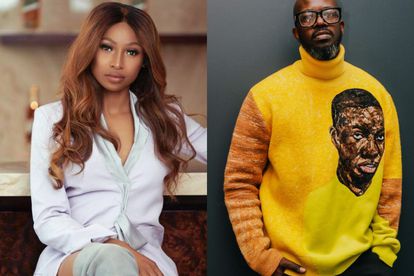 Enhle Mbali and her ex-husband Black Coffee seem to be on better terms lately after the actress thanked the DJ over an Instagram post on 12 August.

In June this year, Mbali and Black Coffee’s son Asante Maphumulo had two birthday parties because the former married couple were on such bad terms that they were unable to come together for their son.

However, it seems the couple may be on better terms now, after Mbali posted a picture of their older son, Anesu in a race car and added “thanks dad” and a coffee emojii representing her ex-husband Black Coffee to the caption of the picture.

Black Coffee and Enhle Mbali reportedly divorced in 2019 because of infidelity claims.

Black Coffee has allegedly fathered two other children outside his marriage. Since the divorce, Enhle Mbali has made abuse allegations against the DJ and applied for a protection order against him following an incident that took place at her birthday party in March this year.

Although the protection order had been denied, Enhle Mbali vowed to stop protecting Black Coffee and said she is going to hold a press conference to air out their dirty laundry. The press conference is yet to take place. However, the former couple went back and forth on social media about non-disclosure agreements.

Enhle Mbali also went public about Black Coffee not paying their electricity bill at their marital home where she lives with their children. However, Black Coffee clapped back saying he gave her R65 000 and she needs to pay the bills.

Instagrammers took to the comments section of the post to express how happy they are that Black Coffee and Enhle Mbali are getting along.

“Nice to see parents trying to get along.. Especially when children re involved ????it’s not easy but with God and forgiveness you can,” wrote @hlengiwe325.

“As mother’s we do anything to make our children happy ????????❤️,” wrote @sindimamaweboyz.