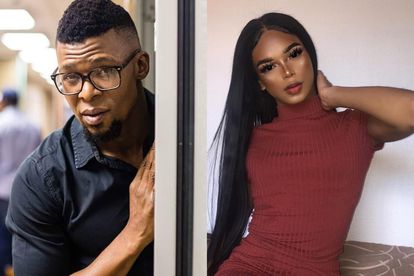 Demi The Doll made bombshell allegations against actor Vuyo Dabula over an Instagram Live session on Friday 19 November, but who is she?

DEMI CLAIMS SHE HAD AN AFFAIR WITH VUYO DABULA

A transgender woman who goes as Demi The Doll on Instagram claimed she had an affair with Generations: The Legacy star Vuyo Dabula. She alleged that the affair began in the Direct Messages on Instagram.

“How it started was I found him stalking my Instagram, twice, he was watching my story and I saw blue ticks and I thought he was cute and whatever,” she said.

She went on to say that she thought he was a single father and did not know he was married.

“He said he is a single father, and you must know I do not watch Generations… And the thing is I did not even know he had a wife…Is he married, why is there no information about his wife?” she said.

She claimed that had she known from the beginning the affair would not have taken place.

“But if we being real, if day one he told me he has a wife I wouldn’t of slept with him. Like sleeping with married men will mess up your luck real fast and I did suspect it but my dumb a** believed him anyway,” wrote Demi in an Instagram story.

So, who is Demi The Doll? Here’s four things we’ve gathered.

ALSO READ: ‘The issue is not him being married’: Tweeps on Vuyo’s alleged affair

FOUR THINGS TO KNOW ABOUT DEMI THE DOLL

According to her TikTok biography, Demi is 20-years-old.

The 20-year-old affirmed that she is proudly transgender over an Instagram story.

“I am proudly transgender!!! I didn’t fight all my life to be who I am to keep secrets for men who ain’t s***,” she wrote.

4. VUYO IS NOT DEMI’S ‘FIRST CELEBRITY’

Demi stated several times that Vuyo is not the first celebrity whose attention she caught.

The 20-year-old claimed that she had three other celebrities but they are cool so she won’t “spill”, over an Instagram Live session. She also stated this in an Instagram story.

“What’s so funny is y’all acting like he my first celebrity and I couldn’t wait to tell y’all. No he did me dirty and I did it back. I could give the rest of the names but they genuinely cool guys and they made s*** clear from the beginning,” she wrote.