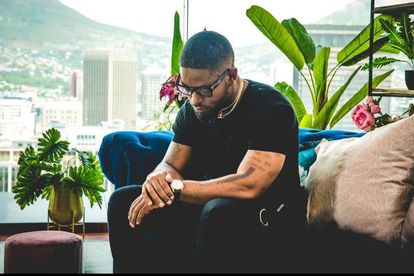 Lewis Hamilton prompted Prince Kaybee’s remarks on racism. The Formula 1 racer was disqualified from the Brazilian Grand Prix due to a technical infringement relating to the DRS system in his Mercedes W12. Hamilton is a seven time world champion.

“The uppermost rear wing element adjustable positions were checked on car number 44 for compliance with Article 3.6.3 of the 2021 Formula One Technical Regulations. The requirement for the minimum distance was fulfilled,” said FIA’s technical delegate Jo Bauer in a statement.

“But the requirement for the maximum of 85mm, when the DRS system is deployed and tested in accordance with TD/011-19, were not fulfilled,” the delegate continued.

Hamilton will start the sprint race in last place due to the infringement. This gives title rival Max Verstappen an outstanding chance to claim all three points in the race and claim pole position ahead of main race on Sunday (21 November).

Club Controller hitmaker Prince Kaybee took to Instagram to share his thoughts on Lewis Hamilton being disqualified. He thought the disqualification was linked to racism and claimed Hamilton was harassed throughout his career.

“White people have harassed Lewis his entire career until this very minute,” said Prince Kaybee in a since-deleted Instagram post.

Prince Kaybee went on to compare Hamilton to Verstappen. Verstappen is a Belgian-Dutch racing driver competing in Formula One, under the Dutch flag.

“Also the fact that all of a sudden it’s not about the car just because Max is winning. But if it is Lewis winning then it’s the car not the driver. Racists are exhausting,” he continued.

Prince Kaybee is a fan of both Hamilton and Mercedes-Benz which previously got him into a heated twar with musician Naak Musiq.