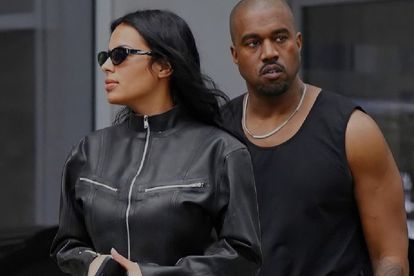 False alarm! Kanye West and Chaney Jones are still together. Image via @chaneyjonesssssv/Instagram

False alarm! Kanye West and Chaney Jones are still together. Image via @chaneyjonesssssv/Instagram

8 June is Kanye West day as the Donda rapper celebrates another year around the sun and it appears he might just be celebrating with his girlfriend, Chaney Jones.

The Instagram influencer, who is a Kim Kardashian look-alike, has indirectly responded to the current breakup rumours with a very sweet birthday message for the record producer and rapper.

On Tuesday 7 June, TMZ reported that Kanye, who is now 45, and Chaney, 24, ended their romance after their trip to Japan. The outlet also said that it was not clear who decided it was time to split.

However, Chaney has rejected these claims in an Instagram post wishing her “baby” a happy birthday and telling him she loves him.

The COO of First State Behavioural Health first took to her TikTok to post a video of herself and Kanye all loved-up before reposting it to her Instagram.

WHAT FUELLED THE KANYE AND CHANEY SPLIT RUMOURS?

News of Kanye and Chaney’s alleged breakup comes a few days after he was pictured with a mystery woman who fans believe is influencer and model, Monica Corgan.

Last week, the City of Gods rapper and the blonde were at the screening of Top Gun: Maverick, Daily Mail reported.

In addition, Chaney decided to do an Instagram “timeline cleanse” when she deleted almost all her posts on the social media platform, including the pictures of the rapper and all the expensive gifts he would splurge on her from time to time.