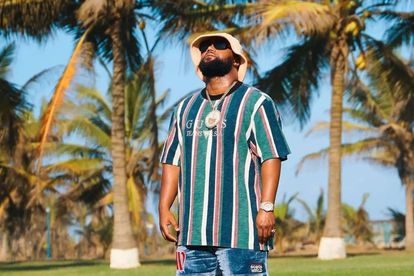 South African rapper Refiloe Maele Phoolo, popularly known as Cassper Nyovest, said he planned on building a school via a tweet on 31 August which Tweeps found to be ironic because he did not finish school.

A Tweep asked Cassper Nyovest if he considered going back to school and he responded by saying “No”, but he plans on building one. The Mama I Made It hitmaker dropped out of school after repeating Grade 10, when he says he realised he was “not interested in school anymore”.

“I was not interested in school anymore, so I failed standard eight and I ran away from Mafikeng to Potchefstroom. I did standard eight again and with the plan that I would give the results to my parents at the end of the year and I would tell them that I’m quitting school,” said Nyovest to The Sowetan Live.

“So I worked hard throughout the year and then I had the second highest aggregate that year and I told my parents I didn’t fail because I’m stupid, I failed because I don’t want to do this anymore,” he continued.

Although there is no doubt that Cassper Nyovest has become successful without finishing school, Tweeps thought that it was ironic that he wants to build a school after saying he will not complete school.

A Tweep replied to the rapper’s tweet saying he will now tell the children at the school he builds that “education is the key to success”, while he is successful without education.

While others thought it would be more motivating to students to see the rapper finish school.

Another Tweep joked that he should build a pre-school titled Don Billiato Pre-School. Don Billiato is the nickname the successful rapper has given to himself.

One of Cassper Nyovest’s rivals, DJ Prince Kaybee, also did not complete school. However, he feels he makes more of a contribution to the economy than those who completed school.

He also called out DJ Hazel Mahazard, the woman that shared his nudes on Twitter, saying that she must have gone to school because she does not contribute much to the economy.

ALSO READ: Cassper Nyovest brings out own liquor brand – and Pitso Mosimane is a fan!