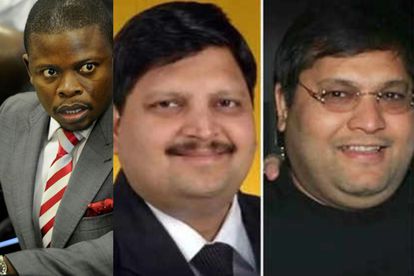 ‘Bushiri is next’: Mzansi reacts to the Guptas getting in Dubai. Images via Twitter @sa_crime and @Katlego_Kag

‘Bushiri is next’: Mzansi reacts to the Guptas getting in Dubai. Images via Twitter @sa_crime and @Katlego_Kag

South Africans request Shepherd Bushiri to also get caught after Rajesh and Atul Gupta got arrested in Dubai yesterday (6 June).

The Gupta brothers are wanted in connection with the R24.9 million Nulane Investment fraud and money laundering case.

‘BUSHIRI MUST BE NEXT’

South Africans took to social media a few hours to put a spotlight on controversial Malawian prophet Shepherd Bushiri after Rajesh and Atul Gupta got arrested in Dubai.

Two sources from News 24 confirmed the arrest of the Guptas in Dubai yesterday after Interpol issued a red notice for them in connection with fraud and money laundering charges more than four months ago.

The arrests were executed by the Dubai Police’s Criminal Investigation Department of the Dubai police on Friday according to the publication. The National Prosecuting Authority has yet to verify them.

Their fraud and money laundering case will proceed in the Free State High Court in Bloemfontein in September.

The news of the Guptas’ arrest gave South Africans hope that Bushiri and his wife will be next in line to get caught.

The prophet made headlines in 2020 when he and his wife escaped South Africa and the Department of Home Affairs dismissed a senior official involved who approved his application for permanent residence.

The fugitive and his wife were reportedly in the country three times in 2019 and managed to evade arrest.

“The guy could just be made to pay back what he owed people and life goes on.”

“Now it looks like nothing will be recovered because he decided to run away with his dear life so he says. Sometimes problems are solved by simple thinking..”

“He will be arriving in South Africa shortly together with his wife, though they are definitely not going to share the same bedroom.”

“Bushiri is thinking twice about the choice of his career.”