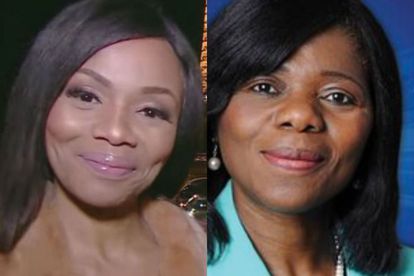 Tweeps took to social media yesterday to drag media personality Bonang Matheba’s face after the “president” of Black Twitter @ChrisExcel102 shared “unfiltered” images of her and also compared an image of hers with that of former public protector and advocate Thuli Madonsela’s.

He also compared her to American actress Megan Good who is a decade older than Matheba and said Good looks better than Matheba who is still in her thirties.

ALSO READ: ‘She is the best of her time’: Andile Ncube sings Bonang’s praises

Chris mocked the award-winning TV personality by saying that she’s starting to look like Madonsela who’s at least two decades older than her.

While her die-hard fans are concerned that Matheba who’s dubbed one of Mzansi’s ‘It girls’ might be sick as she doesn’t look great, trolls stated that she’s just getting old.

“I’m disappointed in this comparison as we might not what Bonang might be going through resulting in the way she currently appears!”

“There are lots of chronic diseases and depression that most people are faced with and should not be mocked or abused on social platforms!”

“Bonang is finished this is what happens when you give yourself to Nigerians.”

“Am I the only one who thought frame two was Thuli Madonsela?”

“And also ageism is always directed to women. Exactly why Miss USA committed suicide, to say we are hard on women aging as if it’s a disease.”

“We are a toxic society. That pic is not a true reflection of who Bonang looks like. There’s a recent video of her. That’s her.”

“But it’s not just makeup, people are getting fillers, injections and face lifts to chase this “looking young” narrative and some people don’t have the funds and the “proper access” to these things.”

“She took Kuli Robert’s place ever since she kick the 20 Litres .”

“I thought it was only me who’s seeing that Bonang is aging quicker.”