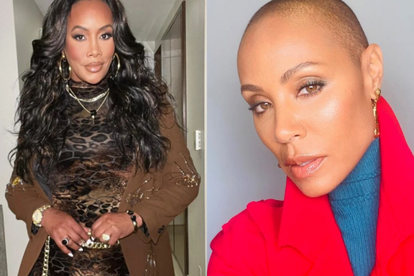 Months after Will Smith shocked the world by slapping comedian Chris Rock during the Oscar Award Ceremony, his wife Jada Pinkett-Smith finally spoke out about the incident. The actress shared her hopes that her husband and Rock can reconcile while speaking on her talk show, Red Table Talk.

After watching the segment, actress Vivica A. Fox slammed Pinkett-Smith for taking no accountability for what happened on the stage that evening.

In April this year, Will Smith smacked Chris Rock after he made jokes about Jada Pinkett-Smith’s bald head.

Later on, it was revealed that Pinkett-Smith has alopecia and the joke wasn’t particularly funny which is why her husband decided to defend her.

Months later, Pinket-Smith addressed what has now been dubbed as the “Oscar’s slap” and fellow actress Vivica A Fox is not pleased.

Speaking on The Wendy Williams Show this Thursday, the 57-year-old said that Pinkett-Smith wasn’t taking any accountability for what happened even though Smith was defending her honour that night.

A joke that wasn’t so bad

“Will Smith was defending her honour, that’s the reason he walked on stage and slapped because he felt like his wife had been offended, so for me to see no accountability as a partner…

“Also, let’s not forget, Chris Rock was assaulted for basically telling a joke that I really felt wasn’t that bad.”

Fox had hoped that the couple would take more responsibility in the aftermath. She also said that Jada Pinkett appeared to be more self-righteous than anything else.

“I just wish that we could have just a little more accountability and for it to not seem so self-righteous on Jada’s part, and that’s my feelings.”