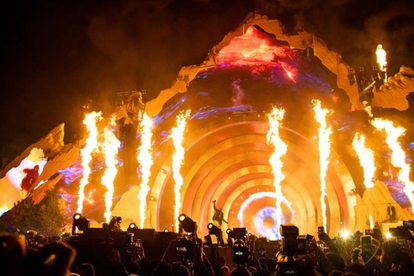 Only two weeks ago, disaster erupted at Travis Scott’s Astroworld Festival. So far 10 people have died and hundreds more injured after a crowd surge at the packed event. Immediately after the event, lawsuits started piling up as the families of the victims demand justice for the lives lost.

Lawsuits pile on against Travis Scott after Astroworld tragedy

The initial lawsuit was only the tip of the iceberg for Travis Scott. Hundreds of concertgoers have come forward to file lawsuits against the rapper. Travis is accused of inciting the crowd at his Astroworld concert that took place on 5 November this year.

Hundreds of concert-goers were hospitalised, 10 have died and thousands were injured after a crowd surge at the festival.

TMZ reports that attorney Thomas Henry who is representing over 200 alleged victims has slapped Travis with a $2 billion lawsuit. The publication also states that this is the fifth time Henry has had to amend his complaint.

“The Defendants stood to make an exorbitant amount of money of this event, yet they chose to cut corners, cut costs, and put the festival attendees at risk,” reads a statement from the lawsuit.

The rapper’s lawyer claps back

Travis’ lawyer Edwin F. McPherson has since said that Travis did not have the authority to stop the show. He quoted a statement from a police officer who said shutting down the show could’ve resulted in riots.

“Only the festival director and executive producers have authority to stop the show, neither of which is part of Travis’s crew.”

“Houston Police Chief Troy Finner was quoted in the New York Times as saying, ‘You cannot just close when you got 50,000 and over 50,000 individuals.

We have to worry about rioting, riots when you have a group that’s that young.’ Yet, just a short time later, Chief Finner states the responsibility to stop the show falls on Travis.”