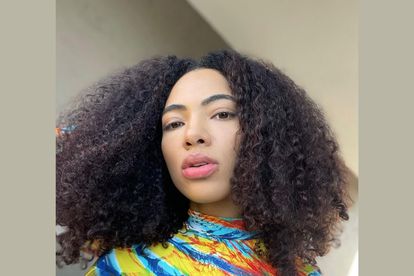 Amanda du Pont claims she had an abortion. Image via Instagram @amandadupont.

Amanda du Pont claims she had an abortion. Image via Instagram @amandadupont.

AMANDA DU PONT OPENS UP ABOUT HER ABORTION

Amanda du Pont revealed that she fell pregnant with Jub Jub’s child after he allegedly raped her. She said that she did not want to give birth to the child because she refused to have a child that was forcefully given to her.

“I had an abortion of course because there was absolutely no way I would have a child that was forcefully given to me,” she said.

“He would wait for there to be people to rape because it got boring just to rape me plain and at home. I remember the one time I had my siblings visiting from school and he would do it while they’re around in the same room so I wouldn’t scream. I want people to know the kind of person that I dealt with,” she added.

ALSO READ: ‘He must go back to jail’: Tweeps on Amanda claiming Jub Jub raped her

Jub Jub revealed that Amanda left him because she saw a picture of him with singer Kelly Khumalo who later fathered a child with. Amanda slammed these claims, saying she left him because he allegedly tried to kill her.

“I just want people to know that I left because he tried to kill me. He suffocated me, he literally suffocated me,” said a teary Amanda.

“When I got away I went to the police station to try and open a case of abuse and rape and attempted murder. The police officer said to me to go home and think about my decision because he is so sick and tired of women coming to him with their boyfriends and husbands only having to take them back,” she added.