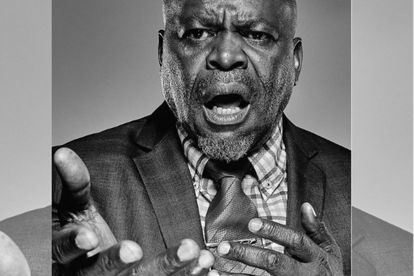 The family of former Generations actor Patrick Shai, who passed away in January is reportedly accusing Shai’s wife Masechaba of cheating on him with a medical doctor, and a paternity test is on the cards to prove the children are his.

ALSO READ: Patrick Shai’s son Kopano reveals he was humiliated by his videos

Sunday World reports that the cheating allegations are dividing the family of The River actor Patrick Shai and that his wife, Masechaba is willing to take a paternity test to prove that the children were fathered by Shai, who allegedly committed suicide early this year.

The publication adds that Masechaba received messages accusing her of cheating on the late actor with a medical doctor and the messages state that her son Kopano Shai was a product of the affair.

The messages which were seen by the tabloid also reveal that Shai died a heartbroken man as he didn’t sleep at home the night before he allegedly commited suicide.

Sechaba tells Sunday World that he began dating the anti-gender-based violence activist and founder of Kwanele Foundation, Sihle Sibisi a few days after the death of his father.

He adds that she asked him to move in with her after he had some misunderstanding with his mother, and she cheated on him after moving in.

Shai’s son adds that Sibisi once attacked him at their home following a heated argument and he ended things.

“As I was packing my clothes, she locked all the doors in a bid to prevent me from leaving,” he says, adding that he had to leave left through the garage door.

“As I was opening the door, she was reversing her car and bumped me on my lower left leg as I was walking towards the gate.”

He then opened a case against Sibisi at the Sandton police station.

Police spokesperson Mavela Masondo confirmed to the outlet that a case of common assault was opened against Sibisi and investigations are underway.

“No arrest has been made and investigations are underway.”

Sibisi denies sending messages to her ex-boyfriend’s mother and adds that she also received abusive messages from the same number.

“The allegations that his mother was abusing his father and that Patrick did not want to sleep at the house the day before his death was relayed to me by Sechaba himself and Patrick’s best friend. They must leave me out of this,” said Sibisi in a statement.

Shai’s wife says she’s going to court to prove that Sibisi was behind the messages.