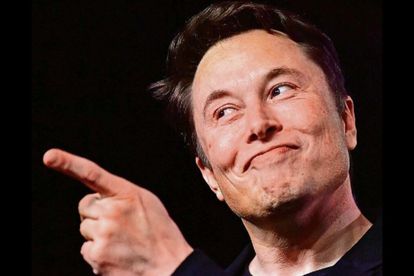 Money makes money and these 10 people of the Bloomberg rich list have made a lot of it over the years. And by a lot, we mean a LOT! Image via Instagram / @elonmusk

Money makes money and these 10 people of the Bloomberg rich list have made a lot of it over the years. And by a lot, we mean a LOT! Image via Instagram / @elonmusk

South African-born US-based mogul Elon Musk is seemingly tired of all of the attention he’s been getting as of late. The Tesla billionaire most recently made headlines after it was reported that he had an affair with Google co-founder Sergey Brin’s now estranged wife Nicole Shanahan. Both parties have since denied the allegations and maintain that the said affair never happened.

Musk has since headed online to complain about all the attention he has been receiving as of late.

Elon Musk complains about all the attention he’s getting

The world’s wealthiest man Elon Musk has been all over news publications for the last few months for an array of reasons.

The popular businessman has been quite busy and naturally became a talking point for people who want to know more about the man who managed to accumulate so much money at only 51.

It appears the attention is getting to him and he can’t handle it anymore.

Taking to Twitter, Musk complained about the fact that “even trivial” articles written about him get tons of clicks and so he’s name stays in the paper.

“The amount of attention on me has gone supernova, which super sucks. Unfortunately, even trivial articles about me generate a lot of clicks :(” he wrote.

He also added that going forward, he’ll be keeping his head down and finding ways to better civilisation.

“Will try my best to be heads down focused on doing useful things for civilization,” reads the end of his Twitter post shared on Tuesday this week.

Cheating scandals getting the best of him?

Musk’s somewhat sad post comes after he was accused of having an affair with Sergey Brin’s wife Nicole Shanahan.

The Wall Street Journal on Sunday reported that Musk and Shanahan hooked up at an arts festival on 2021.

Both of them have since denied the report despite the publication claiming that they have solid evidence.