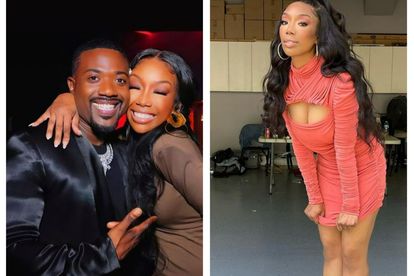 Award winning singer-songwriter Brandy Norwood has expressed her support to her brother Ray J after he posted about having suicidal thoughts on Thursday, 6 October.

Brandy posted a throwback picture of her and Ray J and simply captioned it “Need you bro @rayj ????????” in response to her brother’s cryptic posts.

‘HE WAS DRUNK’ – INSIDER REVEALS

An insider told TMZ that the One Wish singer was drunk when he posted the series of suicidal posts on his Instagram page.

He also took to his Instagram stories and wrote, “trying to figure it out — maybe this life was a illusion– maybe the next life was my real reality.”

A lot of people immediately shared their messages of support with the father of two and encouraged him to keep going.

TMZ said they reached out to an insider that told them Ray was “messing around”.

There is good news … we spoke to a source close to Ray who told us he’s been with Princess Love. We’re told he was drinking and put the posts up … the source says Ray was not hospitalized and was ‘messing around.’ “

DID RAY J AND PRINCESS FIGHT…AGAIN?

A different source also told Page Six that the videos were taken while Ray J was “on vacation with Princess Love,”

“He thought about issuing an Instagram statement about it but changed his mind and is being vague.”

It is not clear whether the parents of two have been fighting again or not.

An Instagram user shared the following message with Ray J to help him deal with the emotions he is reported to be dealing with:

“Good morning! Not sure if this will reach you or you will get this notification. But I’m praying for you. I lost my boyfriend earlier this year to suicide and I woke up to a goodbye message. Not sure what you’re going through, but you belong here. You have put so many smiles on people faces and those babies need you.

Ray, I’ll be praying for you. & I could only imagine the pain your family and friends as well as fans would be in if you left this earth. Praying you find your peace Ray. Blessings. ????????????”

The ‘I Hit It’ singer has not said anything to address the suicide posts.